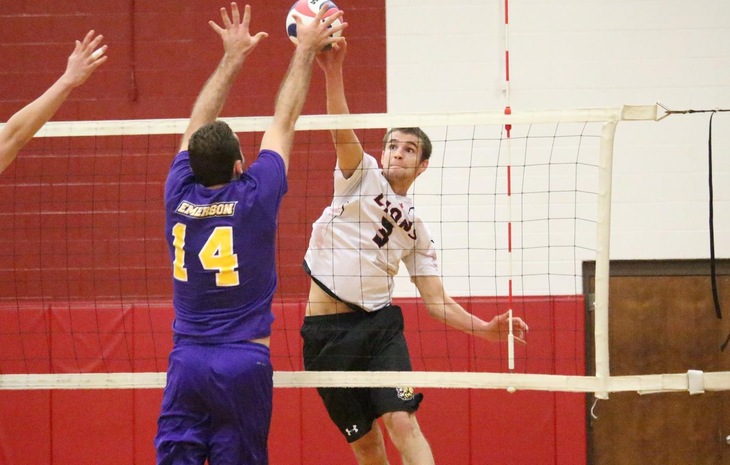 The senior outside hitter led the Lions to a 3-0 week with an average of 5.18 kills per set on a .362 hitting clip along with 2.91 digs per set. In total, Sorensen posted 57 kills on the week and 32 digs with two of his matches including 20 plus kill marks and a program-best 29 in the team’s win against Regis.

The Lions were battling through a five-match losing streak coming into this week but fought through to go undefeated on the week. The week started with a sweep over Mount Ida where Sorensen posted 20 kills on a .472 hitting clip and 9 digs. Next came a sweep over Pine Manor with Sorensen posting 8 kills and 9 digs to lead the team. Finally, the Lions faced off against Regis, where the squad fought through five sets to take the win in which Sorensen recorded 29 kills on a .348 hitting percentage along with 14 digs for a double-double.

The Lions will return to action this Wednesday where they will take on Newbury in a crucial conference clash.