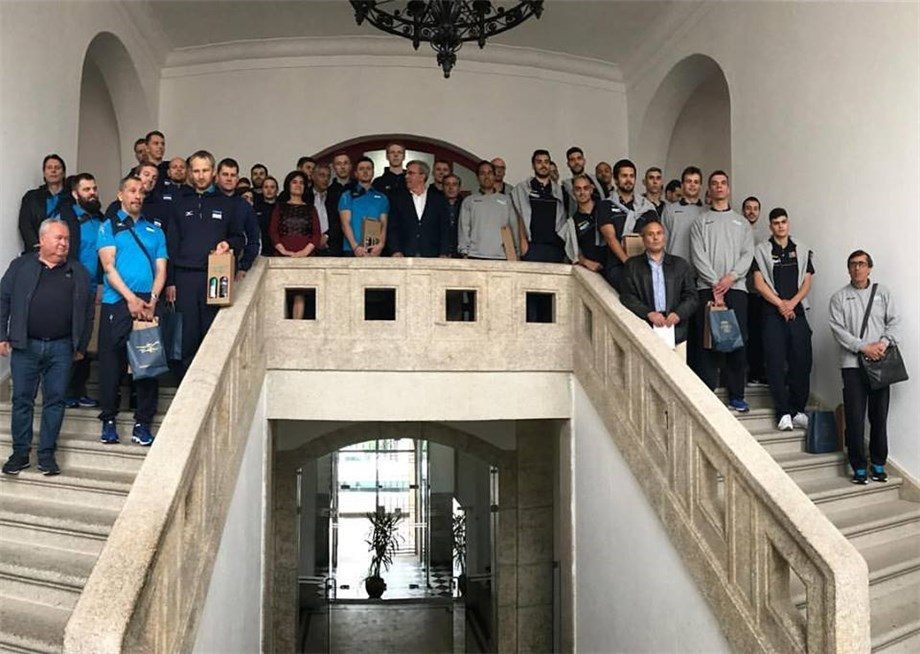 The Portugal and Estonian men’s national teams prepare for the 2018 FIVB Men’s World Championship qualifiers and the 2017 FIVB... Current Photo via FIVB

The Portugal and Estonian men’s national teams prepare for the 2018 FIVB Men’s World Championship qualifiers and the 2017 FIVB World League with a friendly match. This is the first of three friendlies for the two teams.

The Portugal side struggled against Estonia, committing 40 errors as compared to Estonia’s 29.

The qualification for the 2018 World Championships continues on May 24 for Portugal as they travel to Slovenia to play Belgium, Georgia, Israel, and Latvia. This is Round 2 of the European qualifiers. There are six pools across the continent. For Estonia, they will host Montenegro, Russia, Romania, Hungary and Kosovo in their pool.

The top team from each of the six pools of play will advance to the competition that will be jointly hosted by Bulgaria and Italy. The second-ranked teams from each European pool will continue in a third Round match that will give out one more ticket to the World Championships.

In the World League – Portugal is a part of Group 2 who faces Slovakia, the Czech Republic, and Egypt, while Estonia is making their World League debut to face Group 3 foes Greece, Venezuela, and Qatar.

The final two friendlies between Portugal and Estonia will be played on May 19 and 20 in Portugal.