Estonia’s Venno Puts Down 19 Points In Win Over Montenegro 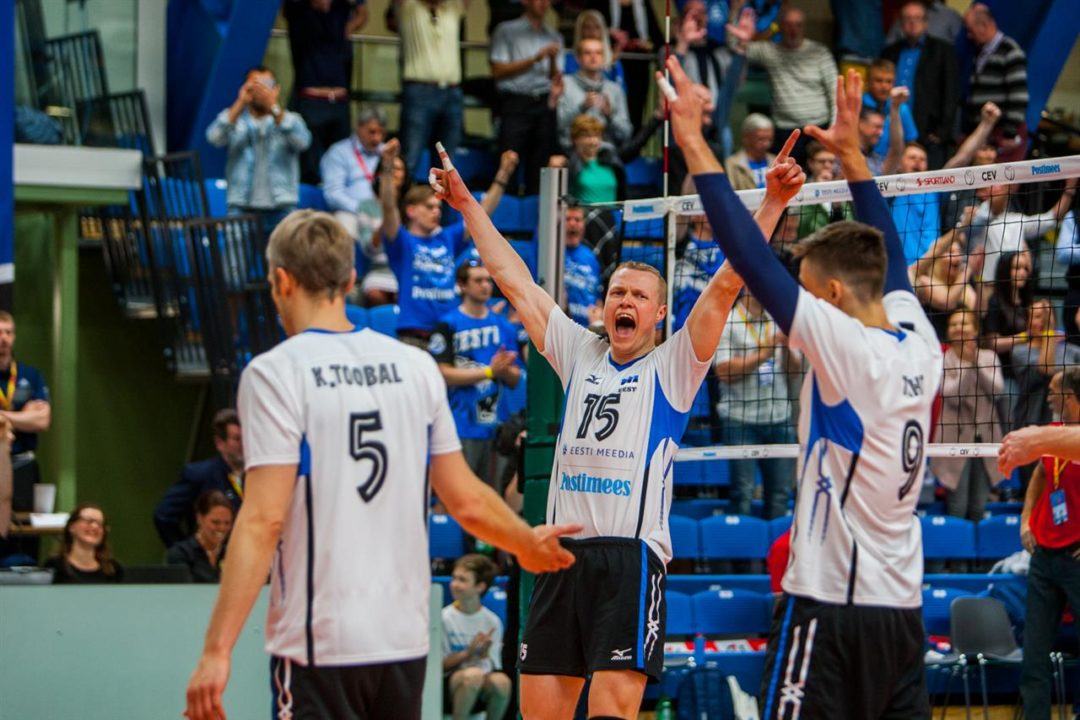 On day three of the Men's European Qualifier, there were easy and difficult matches across all matches. Current Photo via CEV

On day three of the Men’s European Qualifier, there were easy and difficult matches across all matches. Kosovo was able to secure their first international set win in the history of their team but still lost easily to the Romanian side.

Romania was able to roll through Kosovo in four sets. The most impressive thing in the match, though, did not come from the victors but the losers of the match. In a historic feat, Kosovo’ third set victory was their first ever set win in international competition.

“Of course the set victory is very important to us. It is also good that while in the previous two matches we fell apart in the third set and lost it by a wide margin, today we were more focused,” said Kosovo team captain Valon Nikqi.

Despite the win, the Romanian opposite Gabriel Cherbeleata commented that “this should have been an easy game for us but we were too relaxed in the third set and made too many mistakes.”

After dominating the first two sets, this comment was more than accurate as they should have rolled straight through the Balkan team to a three-set sweep.

Even in the face of defeat, Kosovo had the most productive player on the court in Hajdaraj Bardhyl who contributed 19 points with 16 being kills and three blocks.

Despite the three set sweep, the match was all but easy for the Estonia crew as they struggled to fight past Montenegro with tight scores in each of the three sets.

Montenegro led for the majority of the match with first set leads of 15-11 and 23-22 then again in set two with a 7-2 and 23-22 lead before blowing it late to drop the set. The third set went to the Estonians, as they led the score but not by much.

Estonia’s Oliver Venno put down 19 points in the match with 14 being kills, four aces and one block. Leading the match in aces was Milos Culafic with five from Montenegro while Ardo Kreek of Estonia blocked five balls.

The Russian men had no troubles running through Hungary in a three-set sweep. The first set was a tight race but at 20-18 Hungary faulted, allowing Russia to put down five straight points. The final two sets were a cake-walk for the Russian crew as they took large leads over the Hungarian squad to down them in three.

Leading the field in scoring was Maksim Zhigalov of Russia with 12 points with nine being kills and three aces.