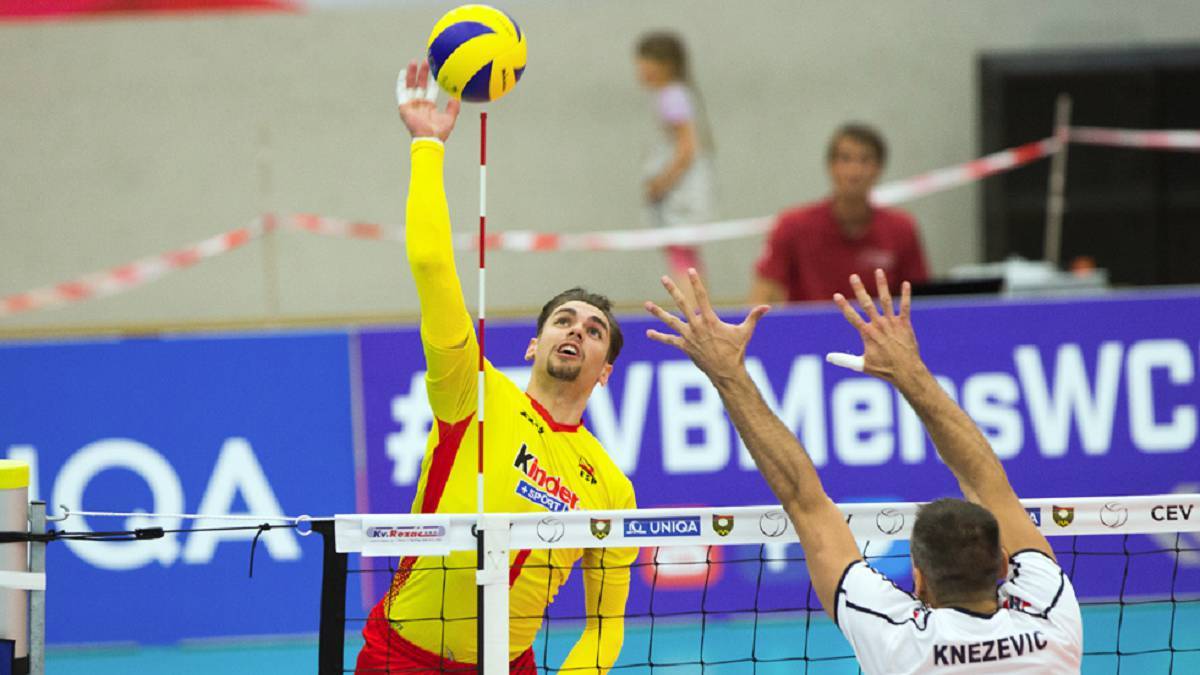 No. 19 Spain pulled off a five-set upset of homestanding No. 13 Czech Republic to stay atop Pool F alongside Finland. Current Photo via CEV Volleyball

No. 19 Spain pulled off a five-set upset of homestanding No. 13 Czech Republic to stay atop Pool F alongside Finland, which cruised past Sweden in a sweep. Cyprus garnered its first win of the tournament, topping Northern Ireland 3-0.

Spain’s upset makes it a harder road for the host Czechs, who now must win both of its remaining matches to have a chance to make the World Championships.

“It was a typical game for us because our style is based on good defense and we are trying to fight for every ball. It was a good game for us,” Ojansivu said.

The teams managed six blocks apiece, and were separated by just one kill, but Cyprus committed just 20 errors to make up the difference in the match.

“We are happy for this win,” Cyprus’ Ioannis Kontos said. “We have two more games and we will do our best to win them too.”

Spain led Set 1 from start to finish with help from seven Czech miscues. The home team returned the favor with a 25-20 win in Set 2 and overcame a mid-set deficit in Set 3 to grab a 25-22 win and take a 2-0 lead in the match. Spain evened the score with a 25-21 Set 4 win, including three blocks and three aces. The Spanish carried the momentum into the 15-10 finale, with 10 points coming on kills, which the team put down at a 67 percent efficiency.

“We are extremely happy for this win,” Spanish captain Jorge Fernandez Valcarcel said. “I think we deserved it because we did not give it up after losing the third set and we fought till the end. It was a great fight.”

Spain disappoint 1,300 attending @CzechVolleyball fans with 3-2 win meaning that they draw level with the home team on 7 points #fivbmenswch pic.twitter.com/fR28bKdSmL