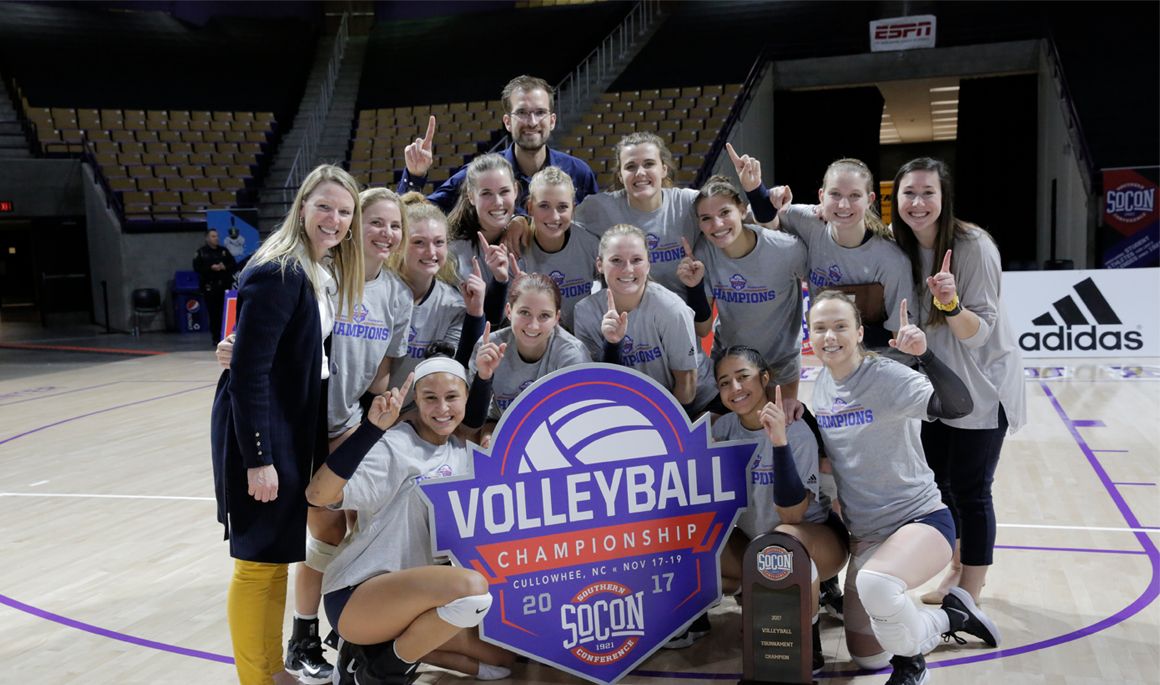 Set 1: The Bucs jumped out to an early lead, as Rylee Milhorn paced the Bucs with eight kills. The Bucs’ got their largest lead after Kalee Vanderhorst (Raleigh, N.C.) had a kill to put the Bucs up 10-5. Throughout the set, Wofford stayed within three, but the Bucs continued to stay in control. Leah Clayton secured the win with a kill to end the set 25-21.

Set 2: ETSU dominated the second set after Alyssa Kvarta gave the Bucs a 6-0 serve run, which gave them ten-point lead with the score 17-7. Wofford was able to get a point, but Mariah McPartland buried the ball back on the Terriers’ side to maintain a ten-point lead. ETSU continued to dominate and won the set after a Wofford attacking error, 25-12.

Set 3: Wofford got their first lead of the entire match off an ETSU error to start the set, but it didn’t take long before the Bucs took control. Milhorn went on a 6-0 serve run with kills from Leah Clayton, AJ Lux, and Mariah McPartland. This run helped the Bucs gain a five-point lead, but Wofford wasn’t going to go away easily. They continued to fight back and got within two with the score at 22-19 after a Wofford kill. An ETSU attacking error put them within one and Wofford’s kill gave the Terriers set point. Wofford’s service error tied the set and back to back kills by Leah Clayton gave the Bucs a 26-24 win.

Throughout the SoCon tournament, ETSU swept all three opponents finishing 9-0 on the weekend.

The Bucs will find out their next opponent during the NCAA selection show, which will be aired Nov. 26 at 9:00 p.m. (ET).

ETSU fans wanting to receive Buccaneer news, score updates, in-game promotions and much more sent to their mobile device can do so by signing up for “Buc Updates.” Click here to sign up today!

For more information on Buccaneer volleyball visit ETSUBucs.com and click on the volleyball page.