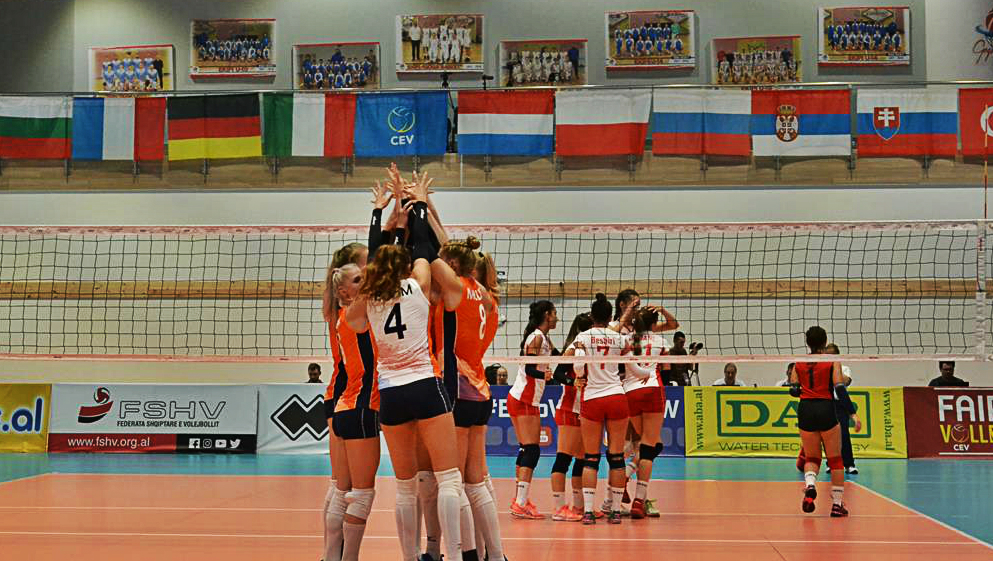 Day 1 of competition in Albania didn’t reserve many surprises for volleyball fans as the tournament favorites debuted with relatively easy wins. The Dutch, Poles, Russians girls opened up with quick 3-0 wins, while the Italian and French squad faced some adversity in their 3-1 wins. Here are the day’s results:

Hosts Albania had a very harsh meeting with reality in their debut against one of volleyball’s most prominent superpowers at the female scene. When all was said and done, Albania hit 25% from the field while The Dutch hit 60%. The team’s head coach Roland Tarja was stunned with his opponent’s level of play:

“I was stunned by the difference in the level of play between the two teams. To be frank, we did expect the level to be high, but we found out that it is much higher. The Netherlands was the team we were expected to rival with, but my team apparently suffered the pressure of playing at such a high level. We made many mistakes, unforced ones, but I hope these girls will learn from this game and start correcting things in the next games.”

Russian coach Alexander Karikov had a very funny take on what it feels like to debut on a big time competition like this:

“Every time when something happens for the first time, you are nervous. When you are getting married, for example. Playing a first match in the U19 European Championship is also the pre-condition for being nervous. So we needed to keep calm, only this way we could play without making any errors. We were more relaxed after the first set, while Serbia made too many service mistakes. Today wasn’t their day, but they are a very good and strong team with a good future.”