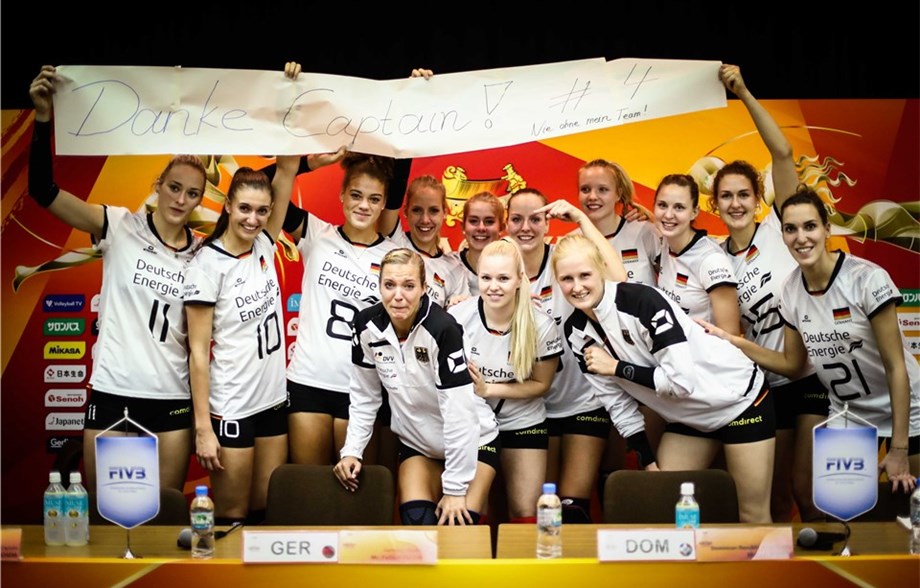 Former German NT captain Maren Fromm decided to retire from international play after Germany’s participation at the 2018 WCH. She is still yet to decide if she is leaving the sport for good. However, fans know that they will at least be able to see her play a few more weeks, as her return to Bundesliga’s SSC Palmberg Schwerin has been confirmed in the team’s official website. For now, the club has stated that the contract is only temporary, with Fromm doing it a “favor” as the team has dealt with many injuries to start its season and Fromm would serve as a temporary replacement.

Fromm, a 32-year-old outside hitter, is transferring out Turkey’s Çanakkale Belediyespor. She previously played with Schwerin in the 2016/17 season, winning a German title, and has also done stints in Italy and Poland. Here is how the team’s president, Andreas Burkard, reacted to the transfer:

“In view of the fresh injury of our middle blocker Marie Schölzel, which shows how suddenly someone can fall, we want to mitigate our risks. We could have gone with a youngster, a player we can build on. But we will not have time for such a thing in time for the season opener. Because these first two matches are very important, and we are also in the first weeks of the Supercup and Cup, our team leader has brought Maren into the game as an excellent bridge during this tough moment. We are very happy that she is doing us this favor.”

Fromm also spoke on the news:

“I have only fond memories of Schwerin. The club helped me in the past and committed to me when there were problems with my Turkish club, so I would like to give something back. Then I’ll drive to my husband Christian, who plays in Poland, and see what life feels like without volleyball. At best, I hope to not have to come back to Schwerin because I hope no one else will get hurt.”

Fromm was tabbed as the German Player of the Year in 2015 and 2016 and helped the team to silver medals at the European Championships in 2011 and 2013. At the 2018 Worlds, Fromm piled up 104 points (92 kills, 7 blocks, 5 aces). That tally ranked 21st across all teams and second behind Louisa Lippman on the German side. The outside scored a match-high 25 points in the team’s Oct. 10 win over Puerto Rico and 20 in the team’s upset win over Brazil on Oct. 7.

Fromm will play with Schwerin in Germany’s Supercup, and at least two Bundesliga games. After all that is over, will she be retired for good, or will her passion for volleyball drag her back to the hardwood once again?