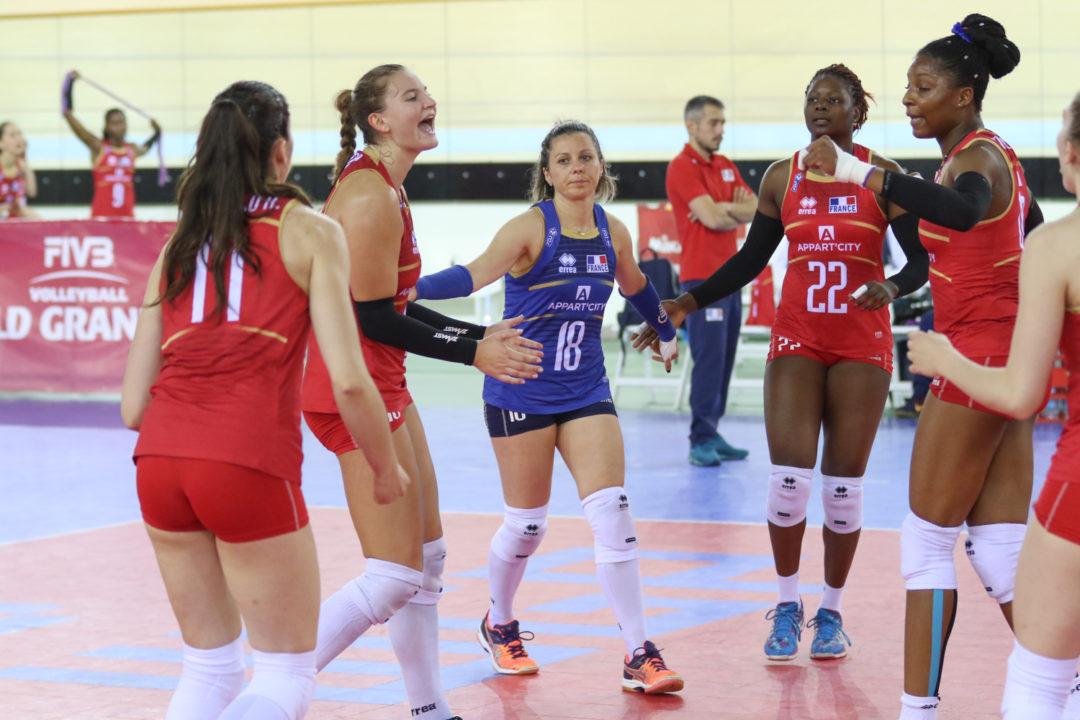 Hungary topped thAfter week two of the FIVB World Grand Prix, Group 3 has decided their final four teams – Hungary, France, Venezuela and hosts Australia. e leaderboard with a 6-0 record after two weeks, as did France, however, Hungary posted a better points ratio of 18.000 to France’s 3.600. The Hungarian team posted three-set sweeps over their opponents this weekend, led by Greta Szakmary, who has a total of 79 points in the competition.

France has had two top scorers over the course of two weeks in Alexandra Dascalu and Juliette Fidon who have 89 and 86 points, respectively. The French crew swept their first two opponents in the week but took five-sets to take down Australia in the final match of the week.

For Venezuela, they posted a 4-2 record over the two weeks of play, sweeping their first two opponents in week two but being swept by Hungary to end their preliminary play. Maria Jose Perez Gonzalez led the Venezuelans with 75 points in the first two weeks.

The hosts of the final four, Australia, were not able to close the deal on almost all matches over the two weeks, posting a 1-5 record. Their only win came over Trinidad and Tobago in week one. Though struggling, Australia’s Rachel Rourke was a dominant force in Group 3, with 120 points scored on 93 kills, six blocks and 21 aces. Rourke lead Group 3 in points by 31, with the next closest being Dascalu with 89.