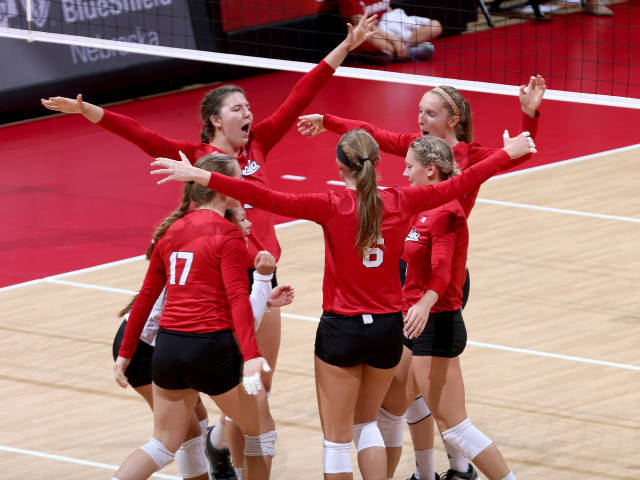 When you know, you know - soon to be high school freshman, Lindsay Krause, has announced her verbal commitment to the Nebraska Cornhuskers before even stepping foot into Skutt Catholic High School. Current Photo via Nebraska Athletics

When you know, you know – soon to be high school freshman, Lindsay Krause, has announced her verbal commitment to the Nebraska Cornhuskers before even stepping foot into Skutt Catholic High School.

Krause an outside hitter from Omaha, Nebraska has caught the eye of a number of schools including Creighton, Iowa, Clemson and Colorado State. However, instead of waiting for an all-out recruiting war, Krause made the decision easy by committing her talents to Nebraska as a part of the 2021 recruiting class.

The last time the Huskers recruited as young as Krause, Nebraska gained the commitment of Amber Rolfzen and Kadie Rolfzen before their freshman year of high school.

This past club season, Krause played with Premier Nebraska Volleyball Club on the top 14’s team – 14 Gold. The team received an At-Large “Open” big to nationals, placing 22nd overall. Earlier in the year, the team won the Omaha President’s Day 14 Open tournament, placed 9th at Crossroads 14 Open, 5th at Show Me 14 Open and 9th at the Northern Lights 14 Open qualifiers.

Krause will attend Skutt Catholic, who is coming off a 44-0 season and their second straight Class B state title. The team’s head coach, Renee Saunders, used to be a standout player for the Huskers starting in the 1995-96 season.

Wsy too young to make a commitment! NCAA should set a rule that coaches can’t recruit until Jr. year.