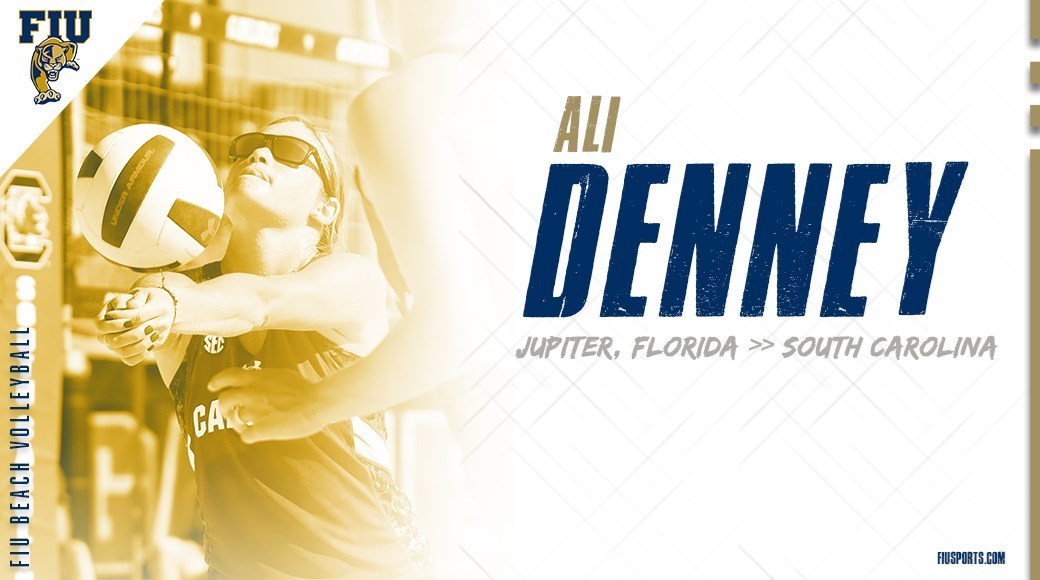 Florida International Beach has landed a high-level transfer in Ali Denney out of the South Carolina Beach program. Denney will be a junior for the 2019 beach season with two years left of play.

In two years with the Gamecocks, Denney was a part of a South Carolina team that went to its first two NCAA Championship appearances in school history. She went 22-11 (including 7-7 against AVCA Top 15 competition) as a freshman and was named to the CCSAA All-Freshman Team in 2017. Then in 2018 as a sophomore, she went 20-12 (14-12 as the number one and 6-0 as the number two) with 11 of the victories against AVCA Top 20 pairs and was on the CCSA All-Tournament team.

Denney is actually a native to the Sunshine State, where she prepped at The Pines School and with Treasure Coast Volleyball. At the high school level she was an all-area selection.

“Ali is a great addition to our already strong group of returners and newcomers,” South Carolina Beach head coach Rita Buck-Crockett said in the team’s release of the addition. “I am looking forward to coaching her as she is a great player and will definitely help us get where we want to go.”

Florida International’s beach team went 23-12 last season including a 7-3 mark as a member of the Coastal Collegiate Sports Association (CCSA) en route to an NCAA Tournament appearance and a #9 AVCA Coaches Poll ranking to end the year.