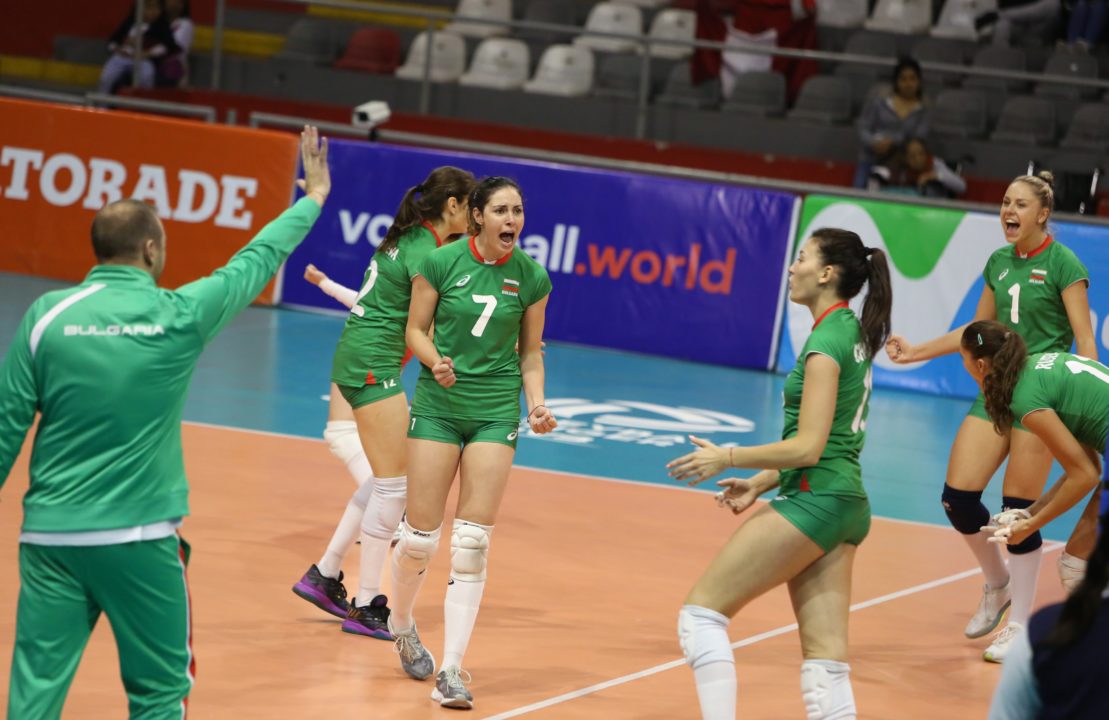 Bulgaria took down Peru to set up a championship match with Colombia at the 2018 FIVB Women's Challenger Cup. Archive Photo via FIVB

In the opening semifinals match, Colombia won the battle of the teams from the ‘Americas’ over Puerto Rico in four sets. They had to overcome a first-set deficit in the process, but did so swimmingly with a momentum-boosting second set that they won in extra points. The result is a shot at the Gold medal and a bid to the 2019 Volleyball Nations League while Puerto Rico looks to at least earn a bronze for their time.

Puerto Rico’s offense came to play in the match and only trailed by six in spikes by the end – although they were nearly even and led at points throughout. The real key for the South American side though was the serve that notched a 4-1 edge in aces. Puerto Rico struggled from the line and Colombia wasn’t great but was able to create pressure at certain points. That also funneled things into the block where the Colombians led 13-5 in the stat.

Individually, the stars came out to play. After a rough performance in the pool play finale, Daly Santana (21 points) and Pilar Victoria (18 points) did all they could for Puerto Rico. Unfortunately from a Puerto Rican perspective, it wasn’t enough to overcome Colombia who had the stars to match in Dayana Segovia (21 points) and Amanda Coneo (20 points) with much more balance throughout.

With a spot against Colombia on the line, Bulgaria continued their strong play as the lone final four nation from Europe. They did so by sweeping Peru, the host nation, to move onto the championship match for gold and a spot in the 2019 Volleyball Nations League, while Peru will play for Bronze and a nice secondary award in front of their home crowd.

The Bulgarians wound up with the stronger spike (43-33) and block (11-3) compared to the Peruvian serve (6-5 in aces). Bulgaria came out to be the bigger aggressor throughout the match, which presented more errors but also plenty more reward.

That reward was well split out with five players reaching double figure points for Bulgaria, led by Mariya Karakasheva (13 points) and Gergana Dimitrova (12 points). In the losing effort for Peru, Karla Ortiz notched a dozen points, but the balance wasn’t as extreme as the winning side.