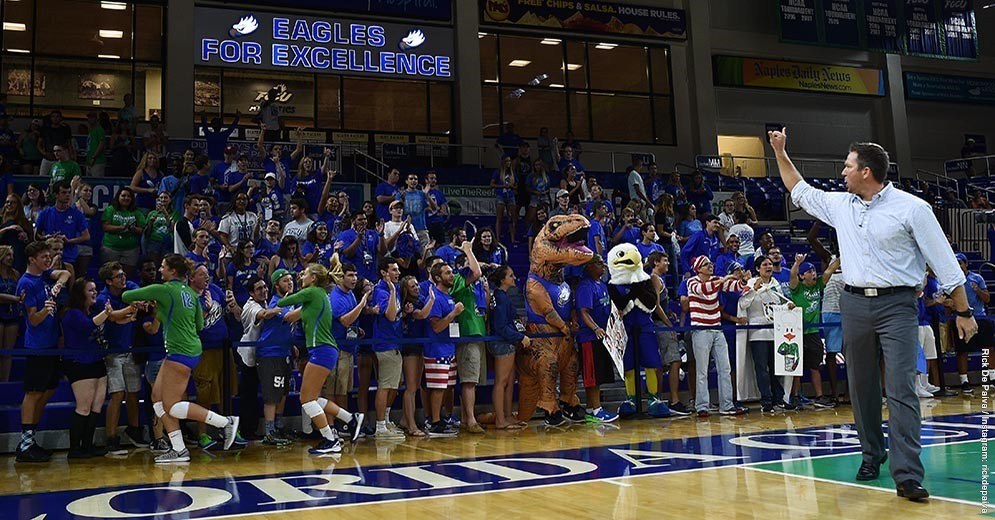 Florida Gulf Coast tacked on a transfer in Sharonda Pickering to its 2017 fall roster. Archive Photo via Rick De Palva

After the program’s best season in 2016, Florida Gulf Coast is adding junior college transfer Sharonda Pickering to its roster in 2017. Coming from Hillsborough Community College, Pickering will be a junior in the fall and have two years left of eligibility.

A 6’2″ middle blocker from Sea Cow’s Bay, Tortola in the British Virgin Islands, Pickering spent her last two seasons with Hillsborough Community College. She ranked in the top-15 in the NJCAA in blocks both seasons and was named First-Team All-Conference last season when she had the best hitting percentage (.474) in the country. She is also a member of the British Virgin Islands national team and has already impressed Matt Botsford, her new head coach.

“Sharonda will very likely be the most physically gifted player we have seen in an Eagle uniform,” Botsford said in Florida Gulf Coast’s release of the signing. “She plays this game at a height above the net that is rare and special. She is a shutdown blocker with a very fast arm, and will make for an excellent option out of the middle. Sharonda has the potential to make a huge impact on our program and will be a great compliment to the players we have in our gym.”

Pickering will wear number 15 in the upcoming season for Florida Gulf Coast. She joins three other middle blockers on the team, as in total she is one of four at her position.

Florida Gulf Coast earned 27 victories in 2016, its most as a program in Division I women’s volleyball. They also went 11-3 in the Atlantic Sun conference as they fell just short of the NCAA Tournament when they fell to Lipscomb in the conference tournament championship. In total, it was their second straight 20+ win season and third consecutive with a winning record.