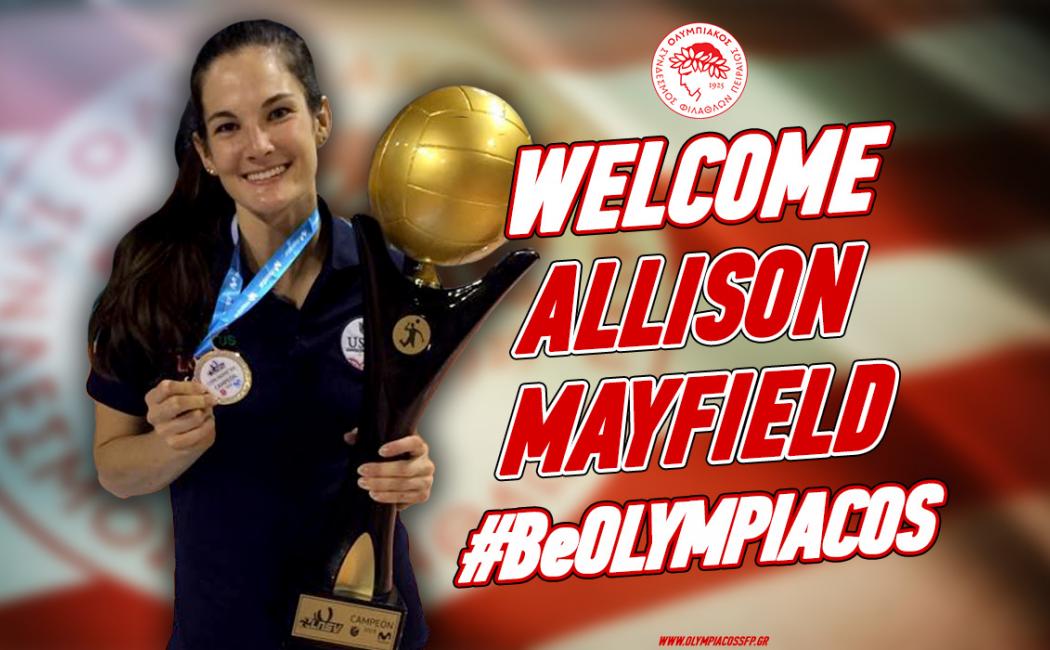 Mayfield is ready for the next step in her career Current Photo via https://www.olympiacossfp.gr

Greek club Olympiacos has announced in its official website the signing of former Kansas star Allison Mayfield to its roster. The 29-year-old 6’1″ outside-hitter, who is transferring out of Peru, is a true volleyball nomad, having also played in France, Switzerland, and Finland. Here are her first words as a member of her new team:

“I am very excited to be in Greece play for Olympiacos! I have heard good things about the club and the staff. Having won the championship with my former club in Peru, I am very happy that I will play for another team which won lots of titles last year, with the CEV Challenge Cup being the most important one. This is a great success for the club and I am sure that everyone is proud of it and wants to defend the title this year. I am grateful to have the opportunity to play for a team with high goals and I am looking forward for the next season. I have heard that the team has fantastic fans that create an amazing atmosphere in the home matches and I am looking forward to living this experience!”

At Kansas University, Allison started in 95 of 117 during her four-year career. She left as the program’s single season and all-time kill attempts leader (1.367 and 3,858. Her 4.16 kills per set in 2011 was the best in the Big 12 and ranks second all-time in Kansas history. She also participated in the program’s track and field team, where she did the high jump and javelin throw.