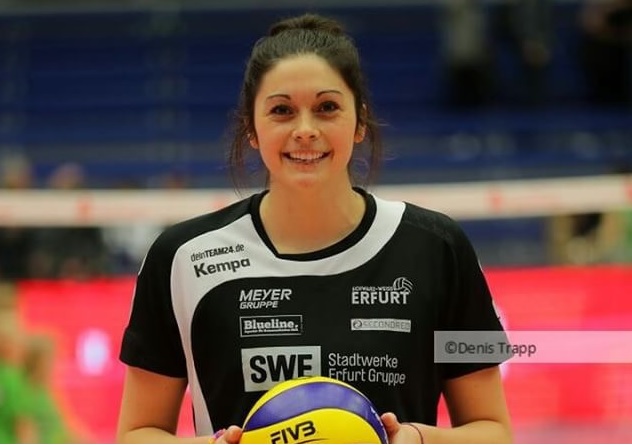 The 5'10" setter is transferring out of Germany's SWE Erfurt and is set to undergo her second professional season Current Photo via Denis Trapp @ https://www.vkkpbrno.cz/clanky/

Czech Republic’s Královo Pole has announced in its official website the signing of former Morehead State volleyball standout Bailey Nichol to its roster. The 5’10” setter is transferring out of Germany’s SWE Erfurt and is set to undergo her second professional season. As a senior with Morehead, she led the team with 826 assists (8.69 per set), and also logged in 105 kills and 201 digs.

“I wanted to take a step forward from college volleyball, so I had to come to Europe. I’d like to play as long as it’s possible because I really enjoy volleyball. To each team, I want to be as helpful as possible and to help it become as successful as possible. I believe that all this will go hand in hand with me improving my volleyball skills. I also like to get to meet new countries and new friends, so I am also fulfilling two of my dreams. I look forward to much this season. The Czech Republic is said to be a beautiful country, and I can not wait to see for myself. I’ve heard a lot about Brno and the royal volleyball program. And I liked everything, which is why I chose the the team.”

At Kralovo, Nichol will find a club that finished its last regular season in third place with a 13-5 record, before falling to eventual league champions Prostejov in the semifinals in three games.

so so excited to announce that I will be continuing my professional career in the Czech Republic!! Going to play for Volejbalovy Klub Kralovo Pole in Brno!! Ahoj 👋🏼 #athletesabroad