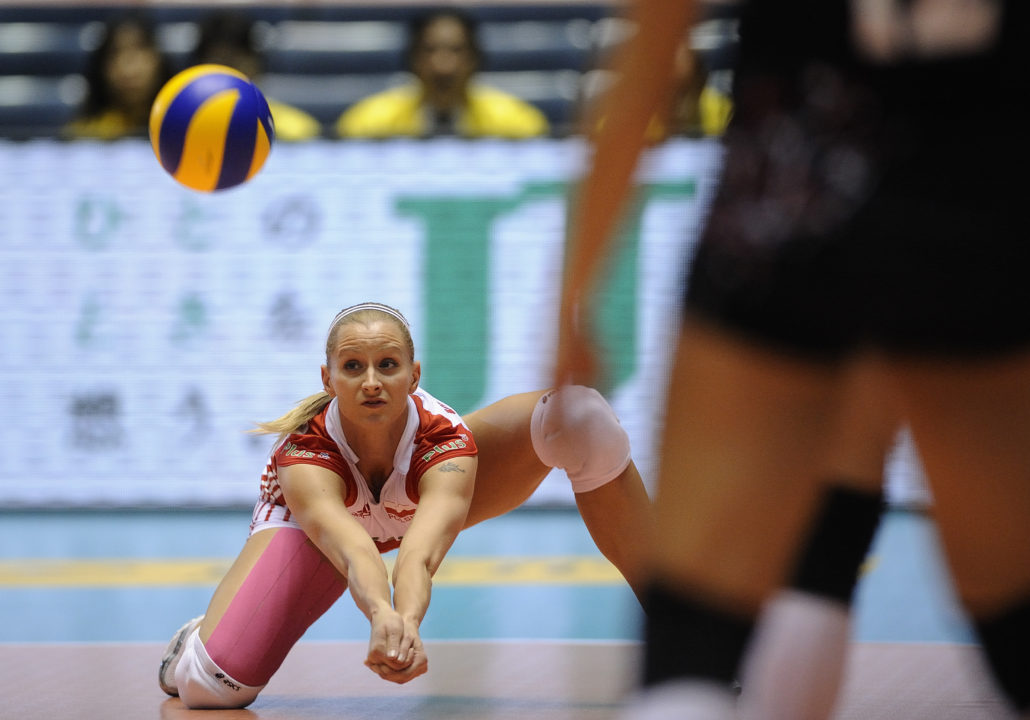 Werblinska was the MVP of the Polish League in 2014. Archive Photo via FIVB

Former Polish National Team player Anna Werblinska hasn’t played for her club team Chemik Police this season, and now we know why. The 33-year old outside hitter is expecting her first child in May of 2018.

Werblinska has been married to husband Sebastian since 2010. She won silver at the 2015 European Games and bronze at the 2009 European Championship with Poland, but hasn’t been on the team’s major rosters for the last two summers.

She ranked as the 23rd-best outside hitter in Poland’s top-tier women’s league last season with 139 points in 54 sets played. That included 27% excellent service receipt and 110 kills.