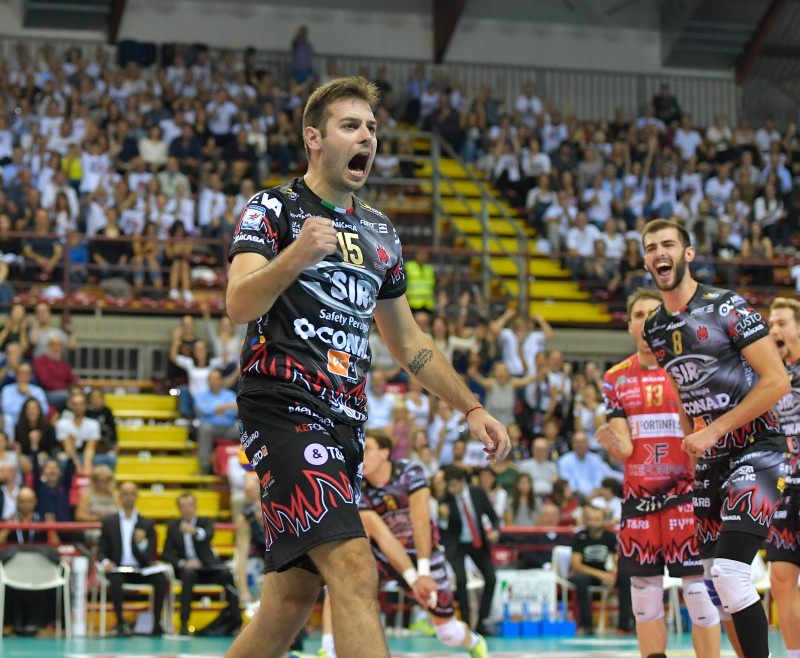 The first week of the Italian men’s Superleague has concluded with Italian Super Cup winners, Sir Safety Conad Perugia, winning their match easily in three. Each of the 16 teams competed in week one and will keep things rolling when they pick up competition again on October 22. There were four road wins on the day – Revivre Milano, Cucine Lube Civitanova, Wixo LPR Piacenza and Calzedonia Verona.

Diatec Trentino has been a struggling force lately, as they looked to bounce back from two losses at the Italian Super Cup last week but found themselves on the losing end of their opening match of the Italian Superleauge. Revivre Milano played their match without fear, looking to Nimir Abdel-Aziz for the win as he put down 26 points and was named the MVP of the match. Milano also contributed 11 aces in the win.

Sir Safety opened up the season on a strong note and in front of a home crowd of 3,500 fans. The team was led by Aleksandar Atansijevic with 16 points and was named the MVP of the match.

Thomas Jaeschke stepped up for Calzedonia in their five-set win over Top Volley Latina with 26 points in the match. Despite the win, Top Volley was awarded the MVP of the match in Sasha Starovic with his 21 point performance.