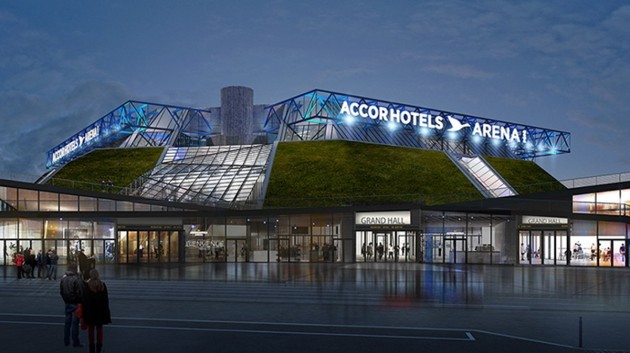 France is set to host the 2019 CEV Men's European Championship and has announced the venues that will host the event that will take place from September 13-29.  Current Photo via goalzz.com

France is set to host the 2019 CEV Men’s European Championship and has announced the venues that will host the event that will take place from September 13-29.

The French Volleyball Federation has selected Montpellier, Nantes and Paris as the locations for the EuroVolley 2019. These three cities beat out 22 other French cities that were vying to host the championships.

The Montpellier location will take place at the La Sud de France Arena that has an 8,000 fan capacity and will host 15 matches in the pool play stage from September 13-19. Le Hall XXL is the Nantes center that can hold 9,000 fans. Le Hall XXL will host the two rounds of the Top 16 and the quarterfinals from September 21-23. The Paris location will be at AccorHotels Arena that will host on semifinal, the bronze medal and gold medal match in their 15,000 capacity facility. The semifinals and finals will take place from September 27-29.

France is just one of four co-organizers of the event, with Slovenia, Belgium and the Netherlands not yet revealing the locations for the event.