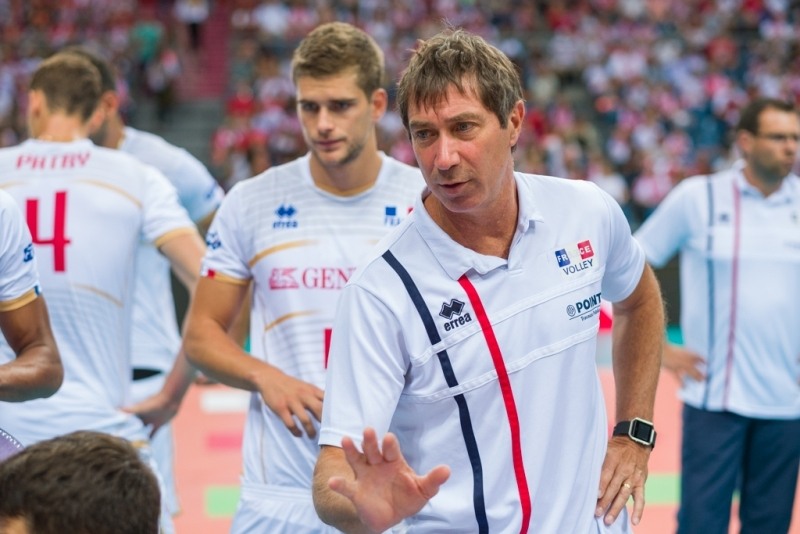 France moved to an undefeated 2-0 after two days of the prestigious 2017 Jerzy Hubert Wagner Memorial Tournament in Krakow as they continue to carry over their momentum from their World League title in July.

France beat the Russians 3-2 to give them two wins, though because the match went to a tie-breaker, the door stayed open for them to lose the title. Their 4 points (with two 3-2 wins) is the same number as Poland and Russia have in the tournament. This means that if Canada is able to upset France, the winner of Poland-Russia could upend France for the title, even without Poland or Russia having beaten France.

But France still possesses control over their own fate: a win would result in a first-ever title in this invite-only tournament for le Bleu.

Results and Stats (Through Day 2)

The Russians had the upper-hand for a back-and-forth match through 4 sets, but it was a big tie-break blocking performance from France that made the difference.

The French team at this week’s tournament is made up similarly to the one that dominated early in the World League, with Julien Lyneel and young Stephen Boyer leading the way with 19 points each. Lyneel, who was up-and-down in the World League but proved a hero in a few crucial 5th sets, was successful on 58% of his shots on Saturday.

This is France’s 5th-straight tie-break match, dating back to the Final 6 of the World League.

Of course I’m very happy with the victory, but I’m not stupid,” said French coach Laurent Tillie. “We played against the other Russian team. Regardless of whether we play with the first or second team of Russia – I’m glad we could play with them. It is good that we gain confidence from the match for the game, but we have to work on the details, because they are the most difficult to eliminate.”

The home team Poland won a marathon first set against Canada in a 3-0 win that was anything but clear-cut.

The came went in fits and surges. At times, Poland looked like they would cruise to an easy win with a strong serve-and-block game. At others, they struggled in both service and reception and allowed setter Tyler Sanders and the Canadians to remain in the match.

Polish opposite Dawid Konarski led the winning side with 16 points, while Canada leaned heavily on Nicholas Hoag and 19 points from the opposite.

Meanwhile for Canada, the opportunities dried up for 18-year old Sharone Vernon-Evans. A key revelation that helped Canada take bronze in the World League and in Canada’s first game of the match, he scored only 5 points in the loss to Poland.