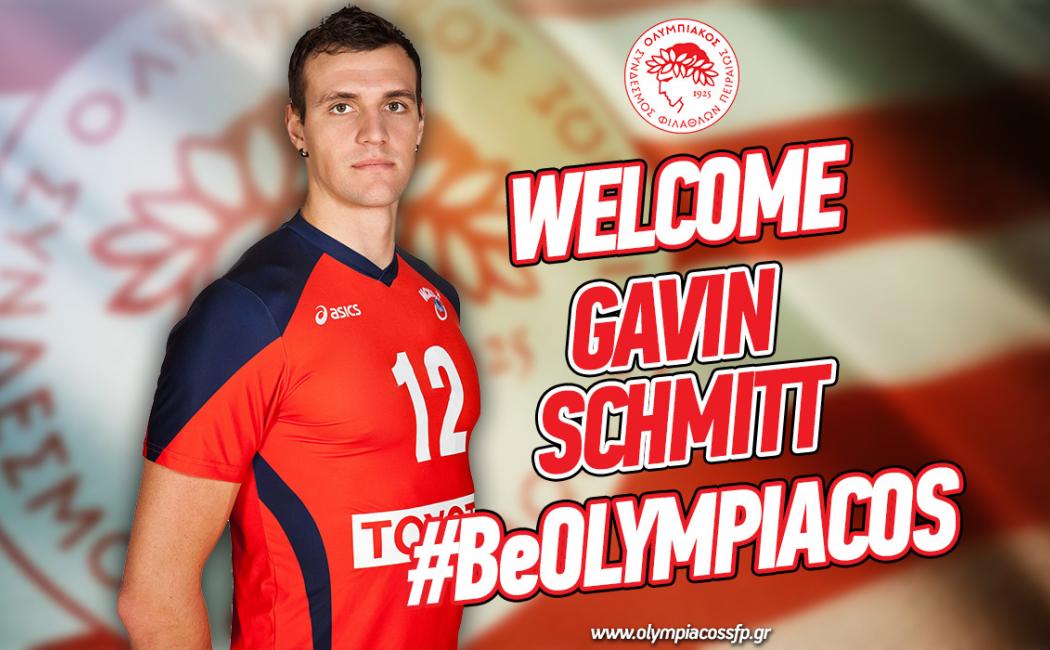 After 10 years away, Gavin Schmitt is going to back to Greece to play for Olympiacos.  Current Photo via Olympiacos

After playing throughout Europe, South America, and Asia, Gavin Schmitt, is returning to the league in which he started his career. While he played his rookie year with Ethnikos Alexandroupolis in Greece, Schmitt will be playing the 2018-2019 season with the country’s most successful club. The Canadian opposite signed with Olympiacos earlier this week.

Schmitt played the last season in the Japanese V-League for the Toray Arrows. They finished the regular season 3rd of 8 teams. Toray progressed to the next round, a 6-team round robin. They finished that stage in 4th place and just missed out on the playoffs.

Schmitt’s last stint in Europe with Asseco Resovia was plagued by a shoulder injury. This was in addition to stress fractures in his leg. He had surgeries to repair his leg in 2013 and 2016. Schmitt played through the summer of 2016 with the Canadian National Team in the Olympic Games. Though he announced his retirement from the national team in October of 2016, Schmitt decided to finish his contract in Poland through the 2016-2017 season. While Schmitt only played in 12 PlusLiga matches for Resovia, he scored 209 points with an impressive 4.64 points per set.

While he did not help Resovia win any titles, Schmitt has won trophies and medals in three continents as a professional volleyball player. These titles include the following:

Since retiring from the Canadian National Team, Schmitt has made a return this summer. His appearances for Canada in the Volleyball Nations League caused Olympiacos to increase their interest in the player. His first appearance came in the third week against Australia. Schmitt’s best outing of the tournament came in a 16-point performance and a 3-0 victory over Brazil. He finished the competition with 54 points (51 on kills) in 8 matches played.