George Mason Can Lock Down a Spot in the Conference Tourney; EIVA Update (Mar. 27) 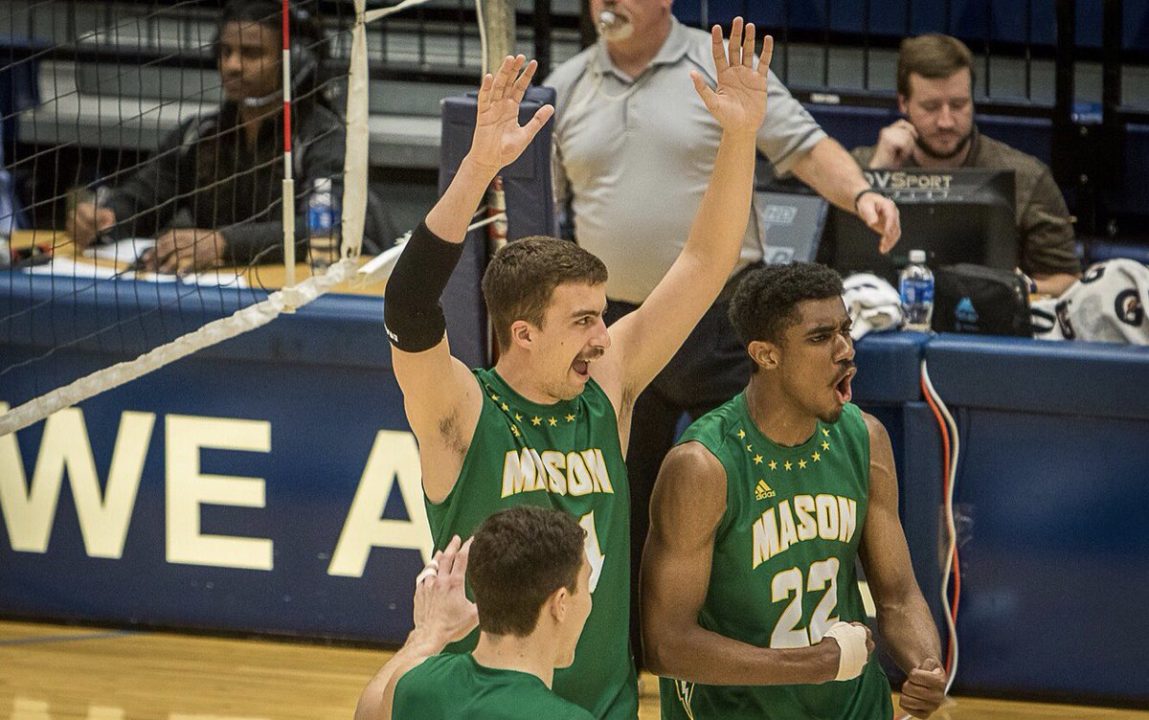 After heading west for some matches out of conference, EIVA-leader George Mason got back to league-action this week with a pair of wins. As they look to soar toward the regular season crown, they might have some strong competition from a final push in Penn State, Harvard and even now Princeton. Beyond that, the battle to get that fourth and final seed should be interesting, as Princeton holds it but isn’t too far ahead of teams like Saint Francis and NJIT.

The Patriots look like the team from the EIVA who will eventually punch the automatic bid to the NCAA Tournament. That will come from if they have success in the league’s conference tournament, but they’ve got a good step up right now as they haven’t been upended by anyone in the EIVA yet. As they look to lock down that bid, the first step is obviously clinching a spot in the EIVA postseason tournament, which features just the top four seeds. While it would take an epic collapse to not make it at this point, two wins this week or a win with a Saint Francis loss secures them a spot in the tournament. Step two will be securing the regular season title, but for now they start with the small goal.

THE FIGHT AT FOUR

With just four teams making the EIVA playoffs and George Mason, Penn State and Harvard owning strong advantages on everyone thus far, Princeton looks like the final piece to the puzzle. Sure enough though, they’ll not just be tested to finish the year in playing those top three, but will also have a difficult road in holding down that final spot. With that schedule, the regular season finale at Saint Francis may very well determine who gets in as the final team in the EIVA tournament, where a bid to the NCAA Tournament will be on the line against teams not ranked in the top 15 overall.