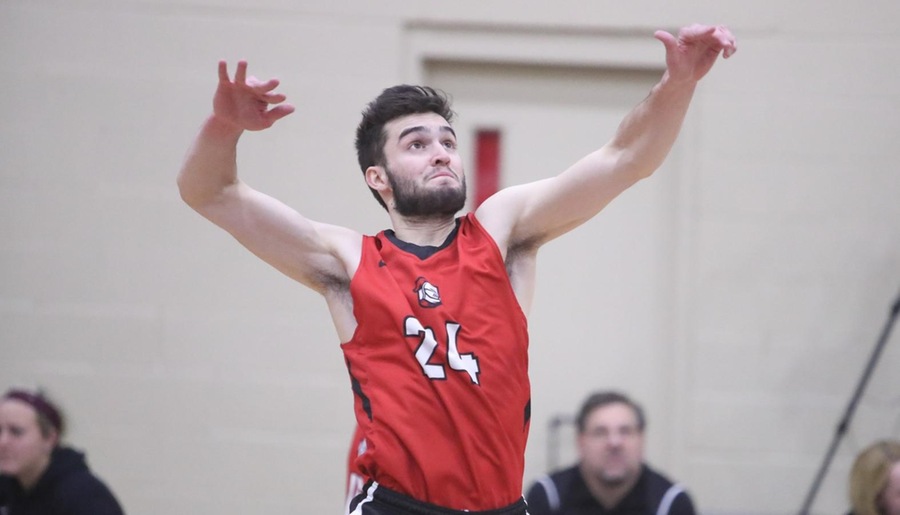 After a big week in Conference Carolina play, Belmont Abbey's Liam Maxwell has been named this week's AVCA Men's DI-II Player of the Week.  Current Photo via Belmont Abbey Athletics

After a big week in Conference Carolina play, Belmont Abbey’s Liam Maxwell has been named this week’s AVCA Men’s DI-II Player of the Week.

Over the week, the Crusaders picked up three wins over 12 sets of play. Maxwell was a top-notch performer in the matches, producing 5.17 kills per set on a .282 hitting percentage. On top of his offensive output, Maxwell also was a strong defensive component for the team with 2.17 digs per set and 0.50 blocks per set. His total output in points per set surpassed 6 at 6.1 for an impressive week of play.

The team started the week with a four-set win over Lees-McRae where Maxwell rocked out a 25 kills performance along with 2 aces and 5 digs. Next, the team swept through Queens behind a double-double from Maxwell that included 15 kills, 10 digs, 4 aces and 3 blocks. The Crusaders ended the week with a hard-fought five-set battle against Lincoln Memorial to which Maxwell produced another double-double of 22 kills and 11 digs.

In total, Maxwell produced 62 kills and 26 digs on the week.

Maxwell is just the second player in Belmont Abbey history to be named the AVCA Men’s DI-II Player of the Week, as Nolan Albrecht picked up the honor on February 2, 2016.