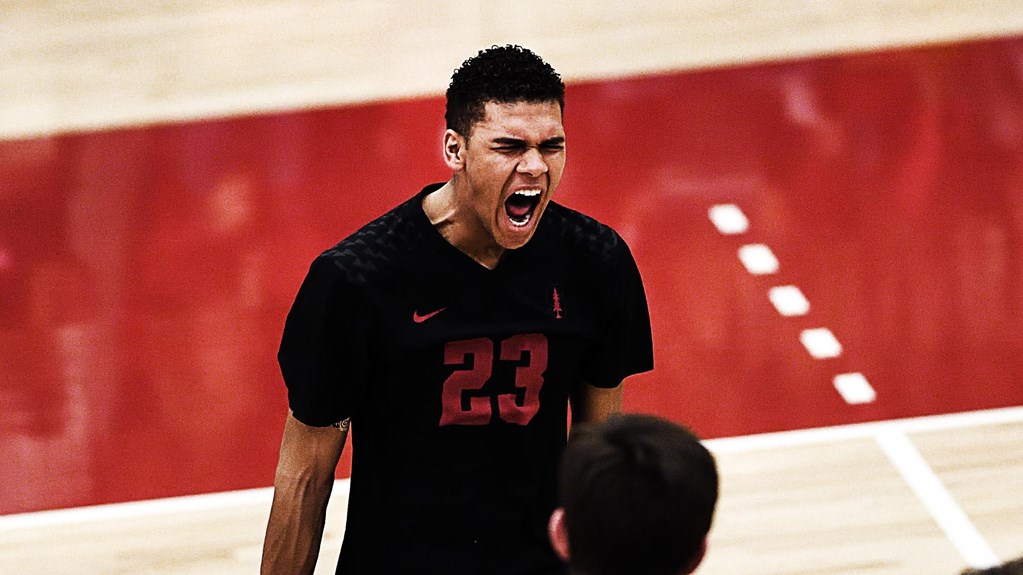 Jaylen Jasper, a 2018 VolleyMob NCAA All-Freshman Team member, will be a part of the US team that travels to Cuba next week to try and secure a sport at the U21 World Championships. Archive Photo via Hector Garcia-Molina/Stanford Athletics

USA Volleyball has announced its 12-player  roster that will compete at the 2018 NORCECA Men’s U21 Continental Championship in Havana, Cuba from August 27th-September 2nd. The winner of that tournament qualifies for the 2019 FIVB U21 World Championship.

The roster was whittled down from the 17-man training roster that was announced earlier this month.

On that 17-player training roster, there were 4 who were members of Team USA at the 2017 U19 World Championships, and all 4 were also selected for the roster that will play in Cuba next week: opposite Jaylen Jasper, outside hitter Devin Joslyn, and middle blockers Kyler Presho and Sam Lewis.

Jasper, who was a member of VolleyMob’s All-Freshman team in 2018 during his rookie campaign at Stanford, had 365 kills in 93 sets as a freshman, for an average of 3.92 kills/set.

He is one of 3 current Stanford Cardinal on the roster, to go with Kevin Lamp, who will join Stanford in the spring of 2020. Lamp is the only player who will still be in high school this fall on the roster.

The team’s middles, including captain Sam Lewis, also bring good size and experience – they run 6’8″, 6’8″, and 6’10” tall. When coupled with Joslyn at outside hitter and Jasper at opposite, it will give the Americans one of the biggest defensive walls in the tournament.

Besides Stanford, Loyola has two representatives on the team, Joslyn and signee Denton; while UC San Diego, USC, Pepperdine, Princeton, and the defending NCAA Champions Long Beach State each have a current-or-future player on the roster.

The U.S. Men’s National Training Team has been practicing at the Adversity Volleyball Club in Vernon Hills, Illinois since August 15th. The United States has won the NORCECA U-21 Championship three times in its 10-tournament history, and are the only nation to have won medals in all 10 events. Cuba has won 5 titles and Canada 2.