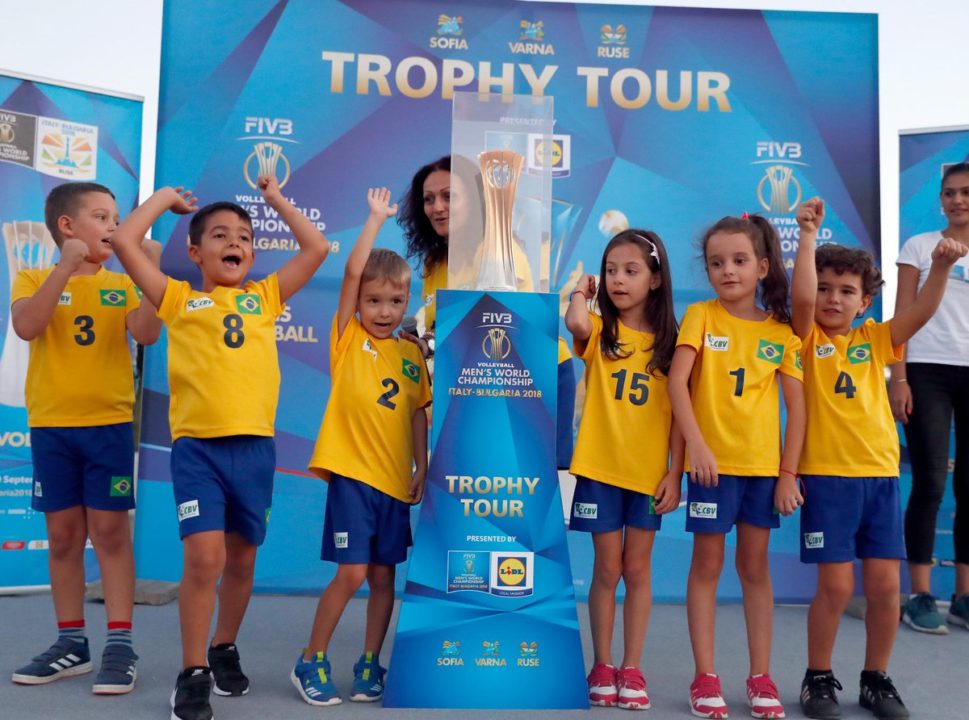 From behind the scenes work to locker room celebrations and off court activities, VolleyMob will feature a weekly roundup of social media moments from across the volleyball universe throughout 2018. Current Photo via FIVB

From behind the scenes work to locker room celebrations and off court activities, VolleyMob will feature a weekly roundup of social media moments from across the volleyball universe throughout 2018.

It is a big world out there with a lot of volleyball action. We don’t want to miss something big. To make sure we see your post from Facebook, Instagram or Twitter, so it is considered for inclusion on Getting Social, tag us @VolleyMob.

When she’s not playing in the sand, Emily Day enjoys the water.

Ramblers supporting Ramblers! Men’s volleyball was out in full force to cheer on the women’s team last week.

Imitation is the highest form of flattery, right?

💙💛 our student-athletes fans!!! #repost – #raisehigh @gwswimdive 💙
・・・
Shout out to GW fans for helping out the ref and cheering us on to a five set come back victory over Morgan State! #raisehigh #gwsports pic.twitter.com/RxJko9YUtN

France 🇫🇷 @FFvolley and Canada 🇨🇦 @VBallCanada are already on the next stage, but the Canadians want to top the standings and they need a win.

Is this the longest rally in @NCAAVolleyball history. We dare you to watch it.

In tonight's 3-2 win for @NJCU_Volleyball over @SJCBears in Jersey City.

Yep, still got it.

Talk about a crowd! Poland piles in in Varna.

They are here!
Yeah, the Polish 🇵🇱 fans showing their joy and passion. Here they sing their anthem right before the game against Bulgaria 🇧🇬 in Varna.

This will DEFINITELY tug at your heartstrings.

Shortly after returning to @ButlerVB following the death of her father, Taylor Takeda received something she never expected from an opponent: a hug.#NCAAVBhttps://t.co/MLI7XDCYiK

Fans showing their pride during the Bulgarian national anthem.

Feel the atmosphere!
Bulgarian 🇧🇬 fans sing their anthem before the last match of pool D in Varna against Poland 🇵🇱.

This was big. And the fans knew it!