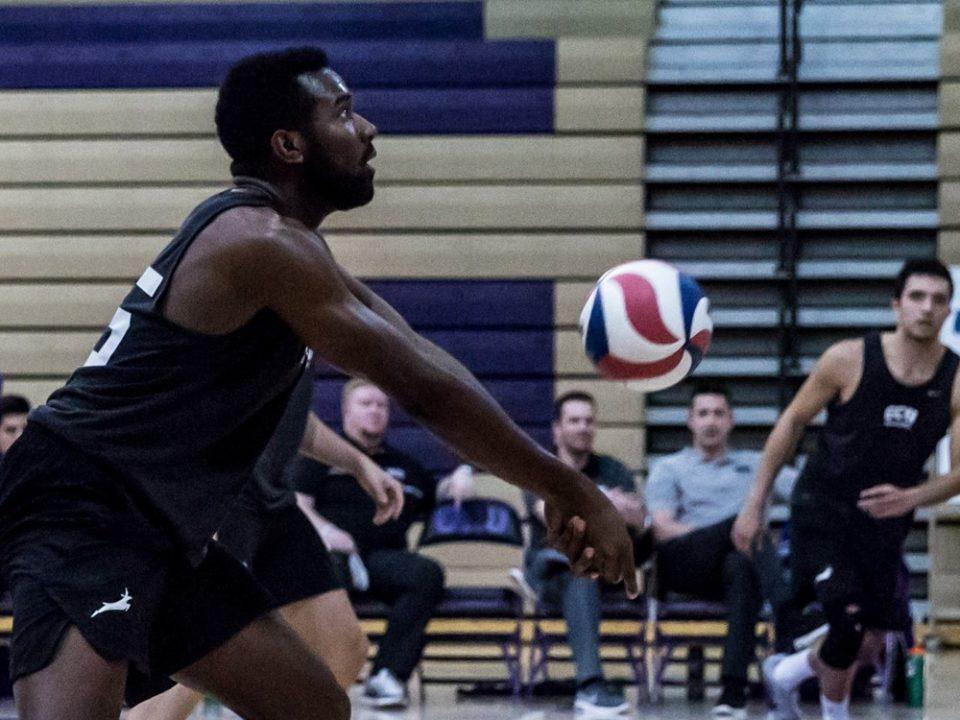 Grand Canyon bounces back from 1-2 deficit to take down Lewis in five sets for a weekend split.

Grand Canyon came from down 2-1 to pull off a dramatic, five-set upset of No. 6-ranked Lewis on Sunday afternoon at Antelope Gym. The Lopes flipped the script after surrendering a lead to the Flyers on Friday night. Grand Canyon improved to 4-4 overall and 3-1 in MIVA play. It was GCU’s first defeat of a top-10 opponent since beating No. 8 Ball State on March 4 last season.

“I could not be more proud of this team to compete and be resilient for the entire weekend,” head coach Matt Werle said. “The box score for both teams is almost identical, but we preached that if we out-defended them, then we would win. We had eight more digs than Lewis. All that I can say is that this was a team effort for the weekend.”

Like most of the afternoon, the decisive fifth set was highly contested. It was tied at every point through 10 before the Lopes took modest leads down the stretch. With the score deadlocked at 13, Grand Canyon claimed the final two points on a Matthew Kinnebrew kill and a Lewis attack error.

The Lopes set a season-high by hitting .366 in the match. Lewis, who was hitting .500 through three sets, faltered down the stretch, hitting just .114 in the final two sets.

“We have shown how well we can compete and can not afford to take any steps backward,” Werle said. “Again, the Havocs and the environment in Antelope Gym is like none other across the country.”

Grand Canyon was led by Kinnebrew with 17 kills and six blocks, hitting .452. Shalev Saada had 14 kills and Ashton King had 12. Michael Milstein had a season-high 55 assists.

The Flyers got out to a quick start, taking an early 7-3 lead before the Lopes quickly narrowed the deficit. Silbernagel came up with a pair of kills and a block to help key a Grand Canyon run that tied the score at 8-8, a 5-1 spurt for GCU.

Grand Canyon continued their run into the timeout and beyond. GCU held a 15-14 edge at the first-set break and took leads as large as 19-16. A defining point in the set came on an extended rally with several close calls for Grand Canyon. But on a kill from Turner, the Lopes won the point, took a 20-17 lead and forced a Lewis timeout.

The Flyers pulled within a point late, but Saada ended the game with a kill. He had four in the set for the Lopes, tied for the GCU lead with Kinnebrew. Both teams hit exceptionally well in the first set with Lewis posting a .481 percentage and Grand Canyon at .419.

The visitors claimed the second and third sets. Lewis compiled an impressive .609 hitting percentage in the second. GCU held a 13-8 lead, but the Flyers came roaring back to win set 3 despite being out-hit .458 to .417.

While Lewis ended the third with all the momentum, Grand Canyon came out firing in the fourth set. The Lopes jumped out to a 9-4 advantage, partly due to three consecutive attack errors for the Flyers who began to come back down to earth after hitting .500 through the first three sets.

But, as they had all weekend, Lewis came storming back. The Flyers used another 5-1 run to tie the game at 14, 15 and 16. Grand Canyon was able to withstand the run and pull away late to force a fifth set. Lewis hit just .192 in the fourth.

Next up, the Lopes hit the road for four including a weekend of non-conference play in California this coming weekend. The Lopes match up with California Baptist on Friday at 8 p.m. MST before taking on Concordia-Irvine on Saturday at 1 p.m. MST.