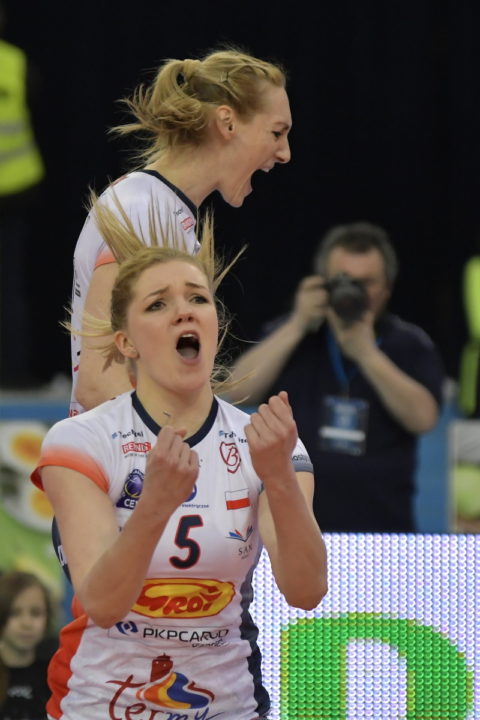 Grot Budowlani Lodz has once again taken down LKS Lodz in the Polish Women's League and this time it was behind Agnieszka Kakolewska's 15 points in the match. Current Photo via lsk.plps.pl

Grot Budowlani Lodz has once again taken down LKS Lodz in the Polish Women’s League and this time it was behind Agnieszka Kakolewska’s 15 points in the match. The win for Budowlani Lodz came in a three-set matchup 3-0, (25-18, 25-18, 25-19).

Kakolewska posted a match-best 15 points in the team’s win over LKS Lodz, to which 10 of the points were scored by blocks while the other 5 were accounted for by kills. This feat is a difficult one to accomplish for any player but is even more challenging when done in a three-set match.

So far this season, Kakolewska has posted 298 points in the league as the team’s leading middle blocker.

The win puts Budowlani Lodz at a 16-8 overall record while LKS Lodz fell for 20-3. Budowlani is holding on to the fourth place position in the league, hoping to gain the automatic bid to the playoffs should they stay above Pila for the remainder of the regular season. They are still 6 points behind LKS Lodz in the standings, which will prove difficult for them to catch back up with just two more matches left in the regular season.

Up next for Budowlani Lodz will be Legionowo on April 5 followed by Chemik Police on April 11.