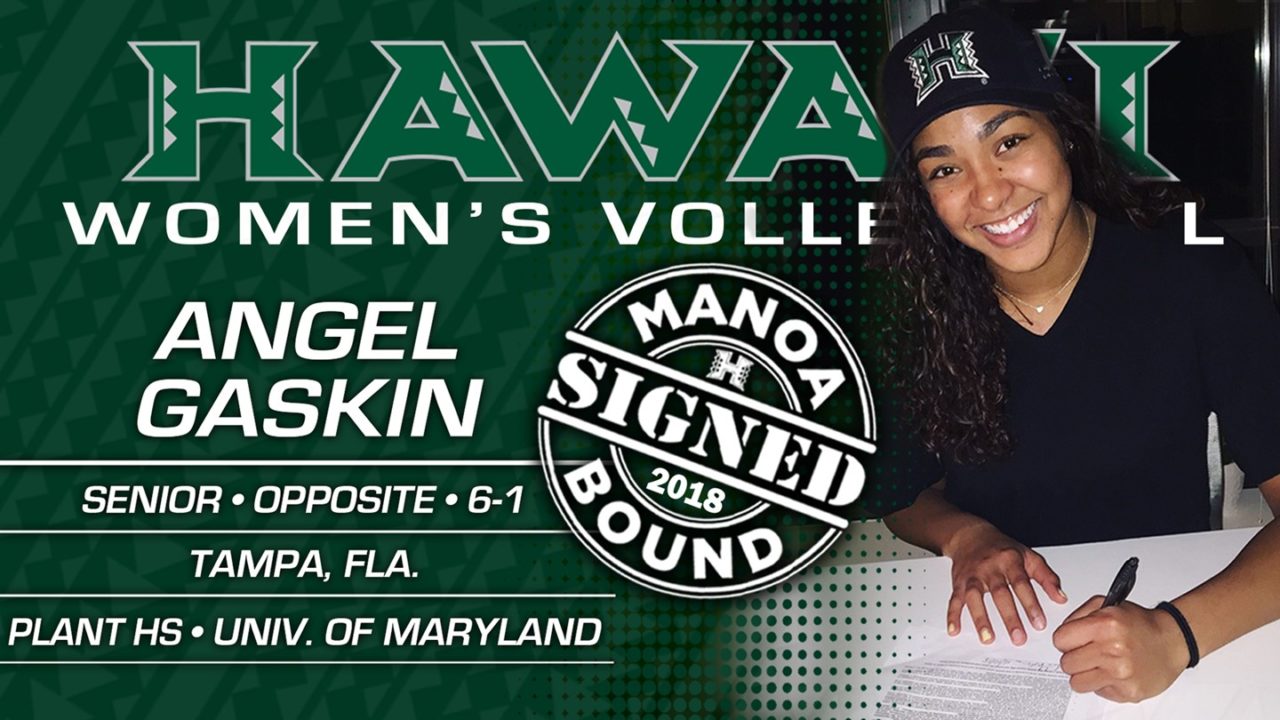 Just days after VolleyMob reported that Maryland is losing another player to transfer, Angel Gaskin has picked her new school and will head to Hawaii for the fall of 2018 season. A senior-to-be in the fall, Gaskin will be immediately eligible for her final year of play.

“We are excited to have Angel becoming our newest Rainbow Wahine,” Hawaii head coach Robyn Ah Mow-Santos said in the team’s release of the signing. “She is a good fit for our program and will bring experience and leadership with her.”

Gaskin was the fifth player to leave the Maryland program via transfer following the loss of head coach Steve Aird – who also left for Indiana. The Terrapins went 18-14 last season and were one of the first four left out of the NCAA Tournament.

Hawaii on the other hand did make the NCAA Tournament in 2017 and went 20-8 on the season out of the Big West. They did not have any opposites on their 2017 roster, as Gaskin will look to take over the position with her new teammates – although she got to try out for the U.S. Collegiate National Team with a trio of Rainbow Wahine players.

I personally am so glad that ANGEL GASKIN has been signed finally.This year she will as a player will be bringing alot of knowledge and experience to this team.Congrads to all.

Angel Gaskin I think this team will rank as one of the top 3 best teams this year in Volleyball,now that they’ve got you.👊