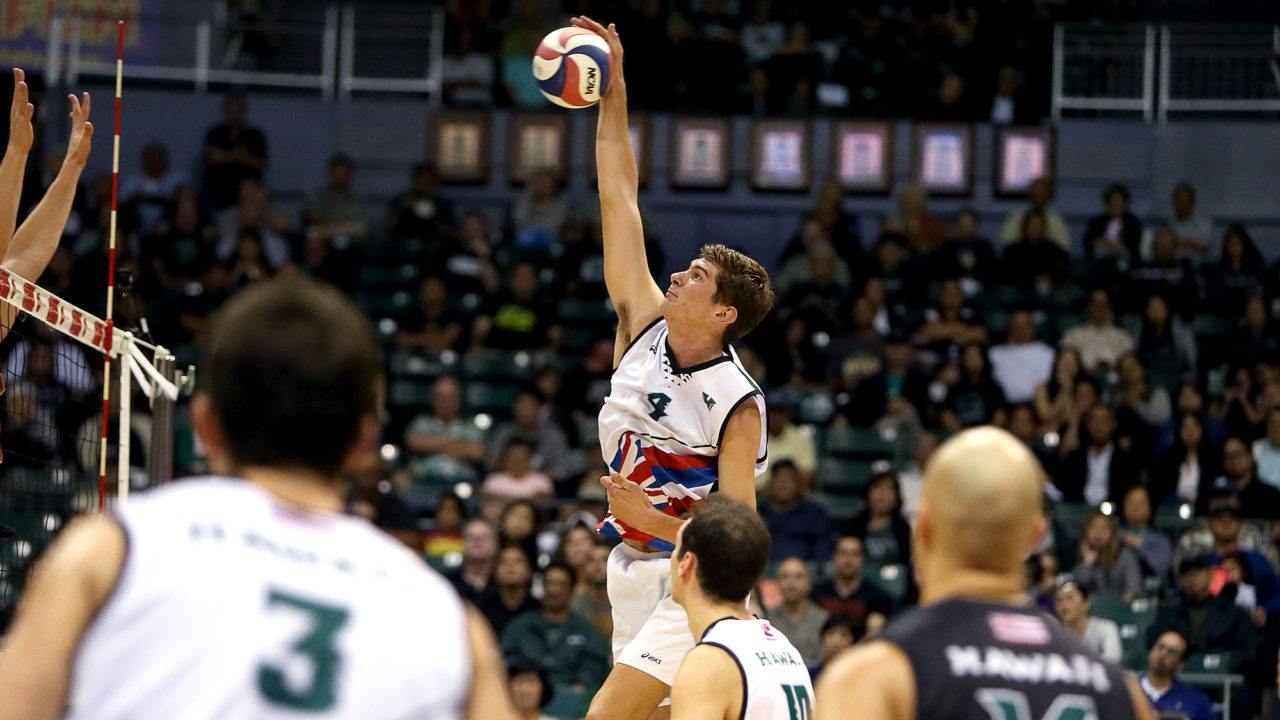 The Stan Sheriff Center was rocking in 2017, and the team responded with an undefeated home record. Archive Photo via Hawaii Athletics

For the 3rd straight year, the Hawaii men’s volleyball team led the NCAA in total attendance, and for the 2nd time in that run they also led the nation in average home attendance.

Mirroring their best season on the court in a decade, Hawaii saw their average home attendance jump by 5% in 2017. That jump is more impressive when highlighted by the fact that their biggest games of the season, 2 games each against Long Beach State, BYU, and Hawaii, were all played on the road. A year prior, Hawaii averaged 4,260 against those teams at home, which would’ve likely resulted in an even higher home attendance if that had been the case again in 2017.

The season resulted in Hawaii advancing to the Final 4 of the Men’s NCAA tournament, where they fell to home team and eventual-champions Ohio State in the semi-finals. The team was undefeated at home this season and have won their last 21 matches at the Stan Sheriff Center.

The best news to come out of the final attendance figures is that 6 teams averaged more than 1,000 spectators per home game this season. That’s more than any year in the past 4 (which is how many years we could find in the NCAA stats database):

Ohio State, thanks in part to being the defending national champions, saw an explosion in attendance in 2017. After hovering around 500 or 600 fans per game over the last 3 years, they more than doubled their 2016 output to 1,438 spectators per game to rank 3rd behind Hawaii and BYU. Those numbers, however, include the NCAA tournament games that they hosted. If those are removed from their total, 8,205 and 4,834 in the semi-finals and finals, respectively, the number becomes a more modest, but still improved, 930 spectators/game.

Among other highlights of the final attendance numbers: