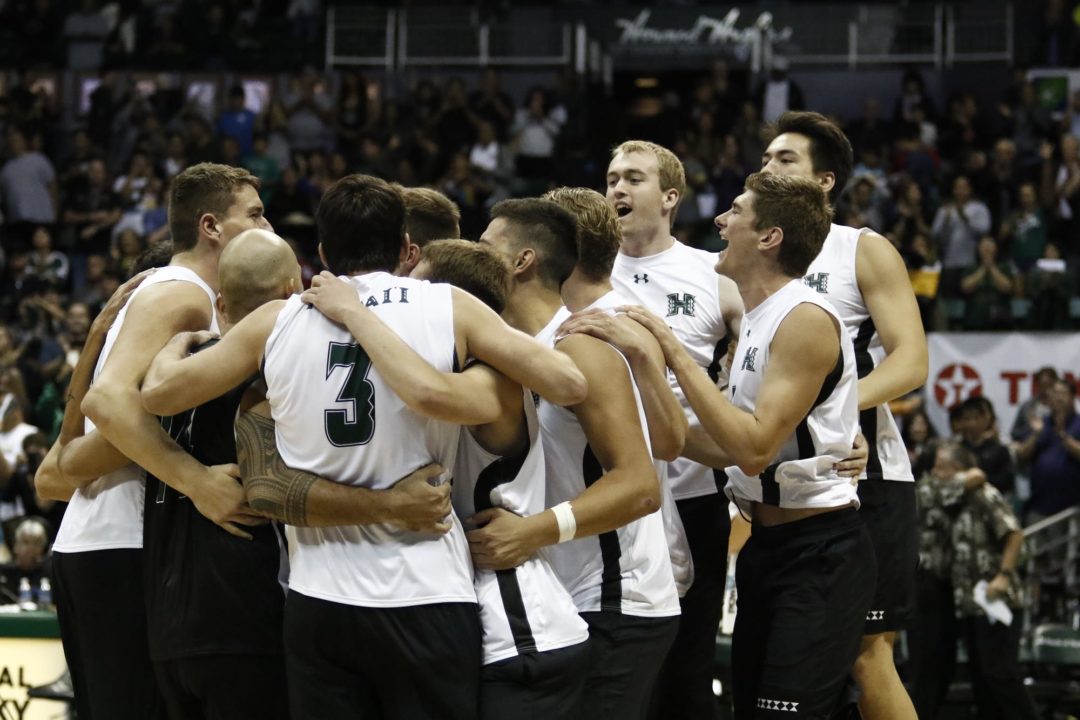 The National Volleyball Association launched just months ago and now they have made their way into the NCAA men's volleyball schedule as Academy United is taking part in the Waikiki Beachcomber by Outrigger Classic.  Current Photo via Hawaii Athletics

The National Volleyball Association launched just months ago and now they have made their way into the NCAA men’s volleyball schedule as Academy United is taking part in the Waikiki Beachcomber by Outrigger Classic.

Last night, Academy United took on Thompson Rivers, downing them in three sets 3-0, (25-19, 25-21, 25-16). Tonight they will take on Hawaii and conclude their time in Honolulu with Lees-Mcrae tomorrow afternoon. Academy United lost to Blizzard at the inaugural event of the NVA in Las Vegas and recently went 2-1 at the NCA Western Conference event this past weekend.

Academy United is led by Hawaii’s Taylor Crabb, who has traded in the beach for the indoor court on occasion this season. He will still compete with Jake Gibb at the upcoming FIVB World Tour event in Fort Lauderdale, should he be selected by the committee.

#3 Hawaii has gone 8-1 so far on the season, with their only loss coming against UCLA on January 28. Leading the team this season is Rado Parapunov with 76 kills while Stijn van Tilburg has recorded 74. Joe Worsley has been a threat for the Warriors as he has dished out 274 assists and picked up a team-best 44 digs so far on the year.

You can watch the match tonight by clicking the link here.