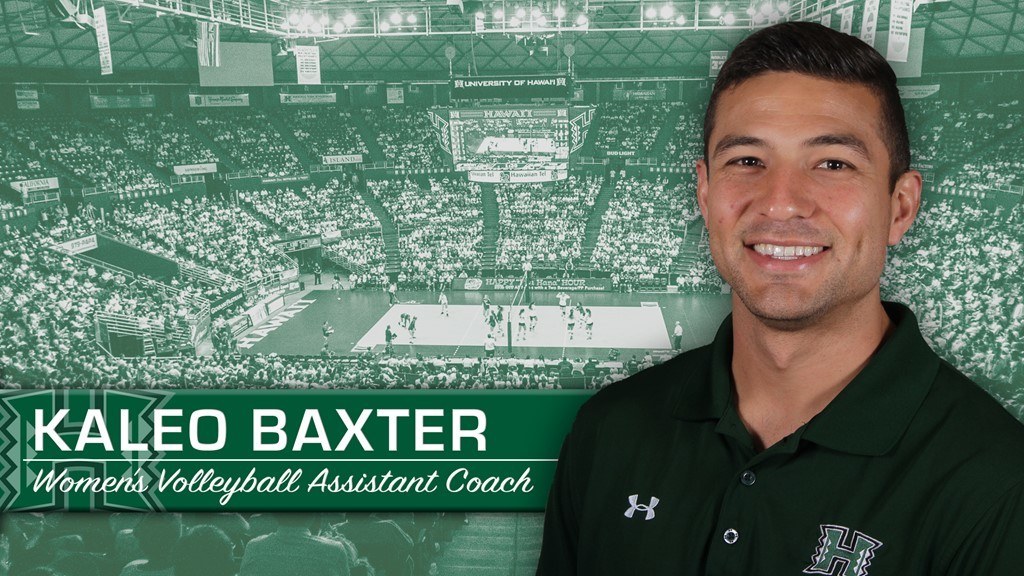 Kaleo Baxter has been announced as a new assistant coach for the University of Hawaii women’s team. The announcement came... Archive Photo via Hawaii Athletics

Kaleo Baxter has been announced as a new assistant coach for the University of Hawaii women’s team. The announcement came at the end of January, before the school revealed that they were beginning to search for a new head coach “contingent upon the anticipated retirement” of current head coach Dave Shoji. Shoji is currently undergoing treatment for prostate cancer.

Baxter comes to Hawaii after spending the 2015 season working at UC Irvine, where his responsibilities included the women’s team’s blocking and defensive schemes, along with on-court coaching duties with liberos, pin hitters and middle blockers.

Baxter previously worked with Hawaii as a volunteer coach from 2011-2014 and was a court coach and practice player as a volunteer with the U.S. Women’s National Team in 2014.

Baxter is a Hawaii native who graduated from Kauai High School in 2005, where he played both volleyball and soccer. He went on to play volleyball collagiately at Irvine Valley College and was an all-conference player there before transferring to CSUN for 3 seasons (including a redshirt year in 2010).

He takes over for Lindsey Berg, who was an assistant for one season in 2016.