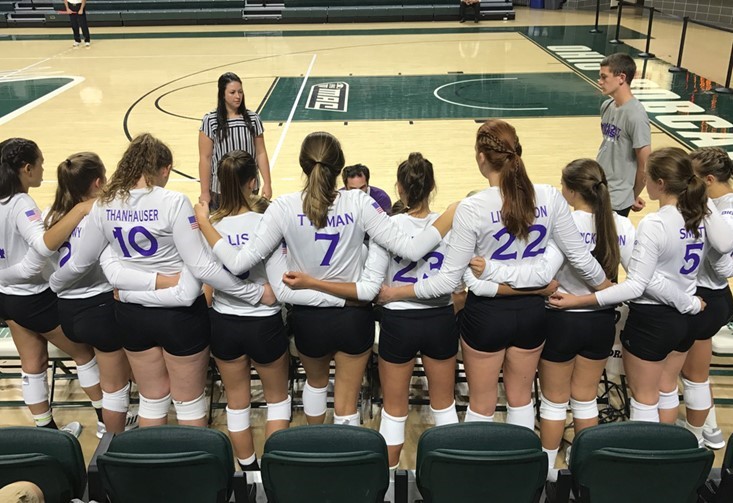 Sikes comes to High Point after spending the last two seasons as a graduate assistant at Washburn University. Meanwhile, Mitchell joins the staff after serving as the director of operations at Creighton University in 2017-18.

“Jill was my first recruit at Hendrix and someone we knew we needed to change the culture and mentality of the program,” Meek said. “She has won at every level she played at as a player and has continued that success in her coaching career. I have worked with her at the club level where she did excellent work training and developing multiple players who went on to successful college careers. She is a tireless worker and will do a great job connecting with our players. I can’t wait for her to get in the gym and for her help in continuing the growth of High Point volleyball.”

During her first season in Topeka, Kan., Sikes helped guide the Ichabods to a 28-6 mark and a No. 13 national ranking. That squad featured three AVCA All-Americans including libero Alyssa Carney who averaged 5.29 digs per set under Sikes tutelage. In her second year with Washburn, the team posted an 18-14 mark.

At Washburn, Sikes worked mainly with the team’s defense and serve-receive while also having a hand in practice plans, scouting and recruiting. Meanwhile, she maintained a 4.0 GPA earning her Masters in Education.

Before heading to Washburn, Sikes played four years of volleyball at Hendrix College. During her playing career, she served as a team captain in 2014 and was a member of two SAA Conference Championships earning all-league honors in 2012. She also was a part of Hendrix’s Final Four squad in 2015. While at Hendrix, Sikes was a member of the college’s Student-Athlete Advisory Committee and earn a degree in Kinesiology with a minor in Education in 2016.

Along with her coaching experience at Washburn, Sikes coached the Topeka Impact’s 18 squad leading the team to the USAV Junior Nationals.

Sikes is originally from Brenham, Texas.

Mitchell served as the director of operations last season as the Bluejays climbed into the top-10 in the national rankings last fall. Mitchell’s duties at Creighton included scouting opponents and managing the team’s practice and traveling schedule. During her year in Omaha, the team posted a 28-7 record and earned the right to host during the first weekend of the NCAA Tournament.

“I had a chance to work with Jessie last fall at Creighton and our whole staff was blown away by her preparation, willingness to contribute wherever she was needed and her desire to continue learning and growing as a coach,” Meek continued. “She brings a fantastic skillset to the court and office as well as experience at some of the highest levels of college volleyball. She will be a terrific fit with our players and her positive energy is something we will all feed off.”

Prior to her time at Creighton, Mitchell served as the head coach of the Radford High School volleyball team in 2016. She garnered Regional Coach of the Year honors while leading the team to a conference title, regional championship and to the Virginia state semifinals.

While in Virginia, Mitchell also served as the coach of the River Valley Juniors Volleyball Club and worked at the Nike Elite Volleyball Camps. Mitchell played as a setter at Asbury University graduating with a degree in French in 2014. She also is closing in on earning her Masters in Organizational Leadership with an emphasis in Sports Management.

Mitchell is originally from Nampa, Idaho.