Hollann Hans Picks Up SEC Freshman Of The Week Honors 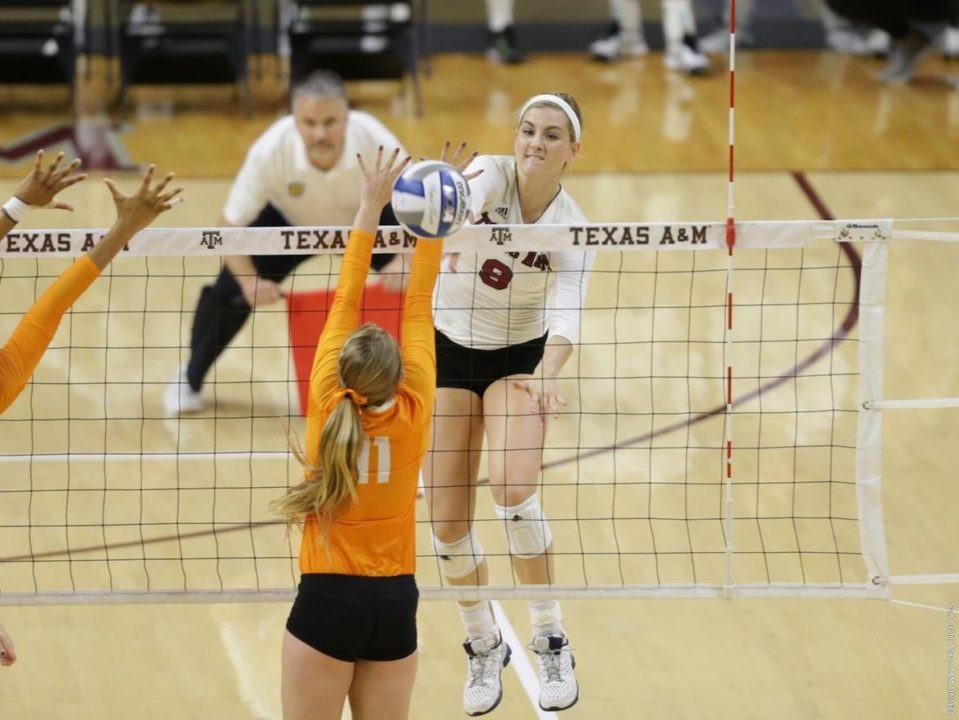 Crow averaged 4.93 points, 4.43 kills and 1.86 digs per set as the Tigers improved to 12-1 in league play and remain in a tie for first place in the SEC standings. She registered 16 kills and eight digs in Missouri’s win at Tennessee. Crow then recorded 15 kills, five digs and two total blocks in Mizzou’s win at No. 18 Kentucky, marking the program’s first road sweep over a Top 20 ranked team since 2013. She recorded her 300th kill and surpassed the 1,000 career kills mark at Kentucky.

Alhassan averaged 2.17 blocks per set this past week, more than a half-block above her SEC-leading average 1.52 blocks per set, as the Gators are tied for first place in the conference. She tallied eight blocks against Georgia, her fourth match with eight-plus blocks this season. In addition, Alhassan logged a career-high .800 clip on 15 total attacks in a sweep of Mississippi State and totaled a .485 hitting percentage for the weekend. She helped the Gators limit their opponents to a .196 clip last week.

Monserez averaged 12.50 assists per set in a pair of road victories for the Gators this past week. She logged 42 assists at Mississippi State, tying the fifth-highest assist total by an SEC player in any three set match this season and now boasts three of the five highest three-set match assist totals by an SEC player this season. Monserez set new career highs for kills (four), blocks (six), and points (eight) in UF’s sweep of Georgia. She helped the Gators hit .447 for the weekend, well above their nation-leading average of .342.

Hans averaged a team high 4.50 points, 3.57 kills and 0.57 aces per set to lead Texas A&M to a 2-0 week. She took team-high honors in points in both matches and also took or tied for team-high honors in kills in each match. Hans had career highs and team highs with 16 kills and 18.0 points in the Aggies’ victory against Alabama. She also added 10 digs against the Crimson Tide to record her third double-double of the season. Hans led the Aggies with 13.5 points and tied for team-high honors in kills with nine while hitting .333 in the sweep against Tennessee. She leads A&M with 3.61 points per set in SEC matches.