A club volleyball coach at Katy Elite Volleyball, just outside of Houston, has been arrested as part of his alleged... Stock Photo via Janna Schulze/SwimSwam.com 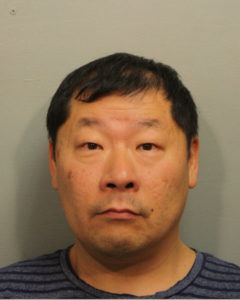 A club volleyball coach at Katy Elite Volleyball, just outside of Houston, has been arrested as part of his alleged involvement in a “multistate sex trafficking operation.”

In total, 178 people were arrested by the Harris County Sheriff’s Office, including Wan Yun, who was listed as the “Master Coach” for Katy Elite Volleyball as recently as Thursday, where a cached version of the page from Thursday features him prominently. The coaches section of the team’s page has since been removed, now showing a “Page not found” error.

According to his Linkedin profile, Yun is also the CEO of the club, an

The operation was a part of the National Johns Suppression Initiative and ran from January 18th-February 5th, ending with Super Bowl Sunday – which was had in Houston. The Super Bowl is the “largest human trafficking event of the year” according to victim advocates, and according to the U.S. Department of Justice, Houston is one of the biggest hubs for the illegal activity in the United States.

“I’m exceedingly proud to lead the nation in targeting sex buyers and traffickers during this annual initiative,” stated Harris County Sheriff Ed Gonzalez. “Houston was home to Super Bowl LI. As we welcomed the world to our City, we made it clear that there is no place for victimization and sexual exploitation.”

According to Harris County arrest records, the 50-year old Yun was arrested on Janury 24th and paid a $500 bond. His next court date is February 21st, 2017.

In 2015, the club opened its own 31,000-square-foot multipurpose athletics facility that also included basketball courts and batting cages.

VolleyMob has reached out to Yun for comment, but as of posting has not received a response.