Hunter Atherton Not Planning To Return To Nebraska Next Season 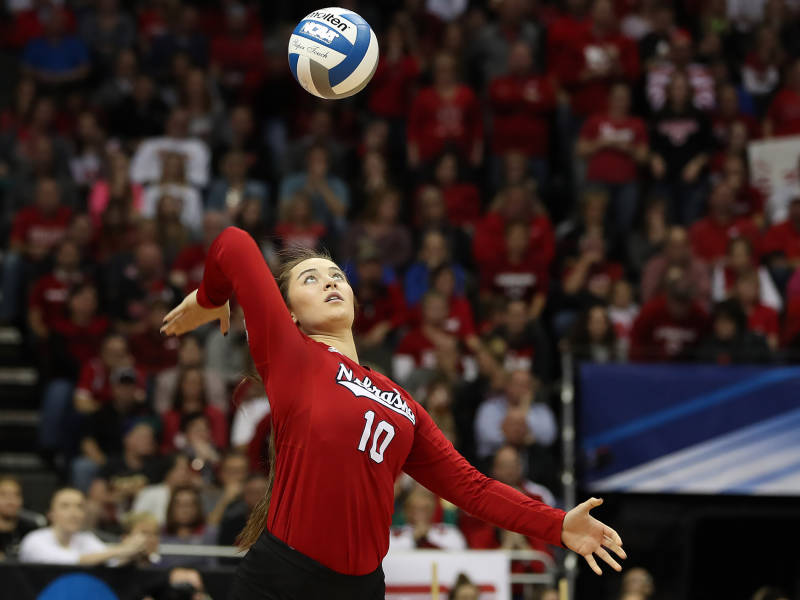 After two seasons with the Nebraska Huskers behind All-American setter Kelly Hunter, redshirt freshman Hunter Atherton has announced her plans to transfer in the offseason per the Omaha World-Herald.  Current Photo via Nebraska Athletics

After two seasons with the Nebraska Huskers behind All-American setter Kelly Hunter, redshirt freshman Hunter Atherton has announced her plans to transfer in the offseason per the Omaha World-Herald.

This announcement leaves the Huskers without an experienced collegiate setter come the 2018 season if they do not pick up a transfer this offseason. With star setter and VolleyMob National Player of the Year Kelly Hunter graduating and the team bringing in the nation’s top setter recruit, they could struggle to repeat their NCAA Championship in 2018. However, they do bring in the nation’s top setter according to prepvolleyball.com, in Nicklin Hames. Nebraska has had luck bringing in transfer setters in the past – Sydney Anderson (Utah, 2008), Lauren Cook (UCLA, 2010) and Mary Pollmiller (Tennessee, 2013).

This season, Atherton played in a total of 20 matches dishing out 137 assists, 13 aces, 46 digs and four blocks. With Kelly Hunter out in the first two matches of the 2017 season, Atherton took over the starting setting role that saw her hand out 47 assists against Oregon, a career-best.

Since Atherton redshirted during the 2016 season, but played in enough sets during the 2017 season, she will have three years of eligibility at whatever school she decides to attend. As far as that decision, Atherton has yet to announce where she’s going to transfer to.

Atherton was a top-50 prospect coming out of Dublin Coffman High School, where she led the team to an Ohio Division I runner-up finish in 2015. That season, she was named the Ohio Gatorade Player of the Year.