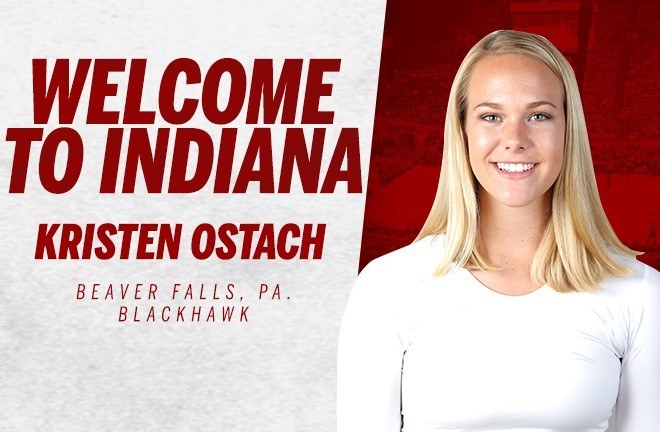 Fordham graduate transfer Kristen Ostach will look to make an impact at Indiana in her final season. Current Photo via Indiana Athletics/Volleyball

The Indiana Hoosiers women’s volleyball team is bringing on Kristen Ostach, a graduate transfer coming from Fordham. As such, Ostach will be immediately eligible for Indiana and have one year left of play.

A 6’0″ middle blocker, Ostach spent four seasons at Fordham. After starting 14 matches in her first season, her second year was cut short after the opening match due to injury. In 2015 she recorded 134 kills and 49 blocks, which she one-upped last season with 138 kills and 56 blocks, including a team-high .257 hitting percentage.

“We thought it was very important to bring Kristen into our program with one year remaining in her career,” Indiana head coach Sherry Dunbar-Kruzan said in the team’s release of the transfer.  “She will graduate from Fordham in May and really wanted a next level challenge for her final season.  She was the captain of their team and a starting middle.  It seemed like a good fit both ways especially because we’ll have 11 freshmen and sophomores in the fall.  She will add immediate experience to a very tough position and has great work ethic in training.”

Ostach is now one of three middle blockers on the Indiana roster for 2017. The other two are both sophomores who played as freshmen in 2016 as Hayden Huybers appeared in 42 sets while Deyshia Lofton saw action in 80 sets.

In 2016, Indiana pulled through with a winning record at 17-16 after surviving the rugged Big Ten. It marked the fourth straight season that the Hoosiers record has improved as they have been on a steady incline as a program.