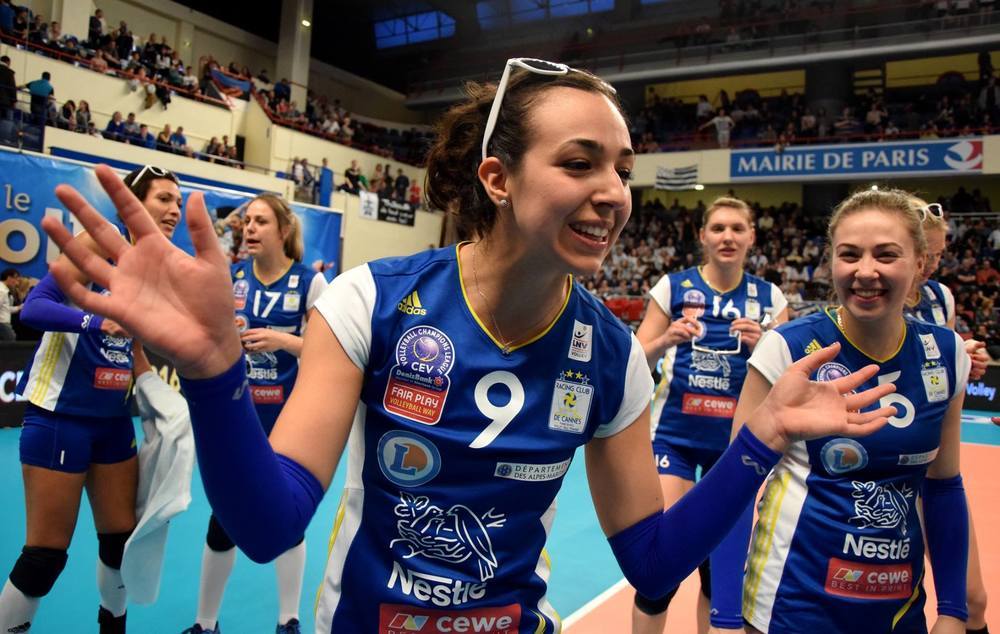 24-year old Italian setter Letizia Camera has signed an agreement to join Igor Gorgonzola Novara for the 2017/2018 season in Italy’s Serie A1. This will return her to the norther Italian city of Novara for the second time in her career – she previously played with Asystel Volley Novara, a now-dissolved team, from 2007 until the team merged with Gruppo Sportivo Oratorio Villa Cortese in 2012 and disbanded.

Her new club promoted to Serie A1 in 2013 and relocated to Novara after the vacation of Camera’s prior club. Meanwhile, she moved on to play with 3 Italian A1 clubs in 3 seasons before moving to France in 2015.

In two years in the French league, she played with RC Cannes and won a French Cup and a French Championship silver medal, and then spent the 2016-2017 season with Saint-Raphael Var VB.

She was rated as the 5th-best setter in the Ligue A Feminine last season in France, with a 30.46% setting percentage. She also played with the Italian National Team at the 2012, 2013, and 2015 Grand Prixs, at the 2013 Euroepan Championships, and the 2016 Montreux Masters and European Games tournaments.

Novara finished 3rd in the Italian League last season on the regular season title with a 14-8 overall record. The team then got hot during the playoffs and won the league championship, which earned them an automatic pass to the 4th round of the next Champions League.

Novara lost both of their setters, Carlotta Cambi and Laura Dijkema, from last season, and added Camera and Polish setter Katerzyna Skorupa for next season. The team is set for a nother big run with a stacked roster that includes American National Teamer Lauren Gibbemeyer, Italian National Team captain Cristina Chirichella, and new addition Paola Egonu at opposite. The 18-year old Egonu was one of the major revelations of the 2017 FIVB World Grand Prix, emerging as one of the tournament’s leading scorers. She doesn’t turn 19 until December, and while has been mistake-prone, her undeniable arm talent is electric and will bring excitement to Novara in their title defense.