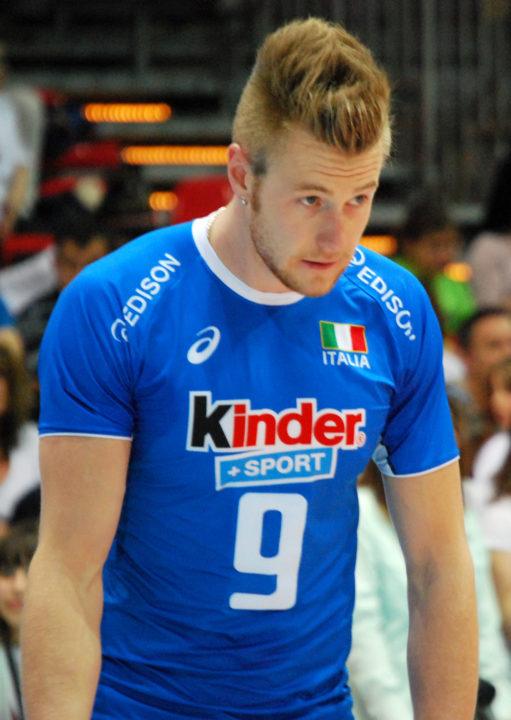 One of the biggest Italian men’s Unipolsai Superleague stars, Ivan Zaytsev, is preparing to appear on one of the top... Current Photo via MaryG90

One of the biggest Italian men’s Unipolsai Superleague stars, Ivan Zaytsev, is preparing to appear on one of the top sports shows on the Italian national television network RAI.

On Sunday evening, Zaystev will be featured in the latest of 30-minute documentaries that air after the regular ‘La Domenica Sportiva’ show on RAI2. The series features people, places and stories that make Italian sport great.

Zaytsev plays for Sir Safety Perugia, who has already secured their spot in the Superleague’s semifinals after taking down LPR Piacenza in a best-of-three quarterfinals. In the first match between the two Zaytsev was named the MVP.

The semifinals of the Italian Superleague will begin on March 19, with Cucine Lube Civitanova and Diatec Trentino already having locked their spot in the semis. The final team to join will come from the winner of the match between defending champions Azimut Modena and Calzedonia Verona – who are currently at 1-1 in their quarterfinal series. Verona stunned Modena in the first match of the quarterfinals, but couldn’t handle the strength of the reigning champions in the second. The third match in the series will determine the fourth contender of the Italian Superleague semifinals.