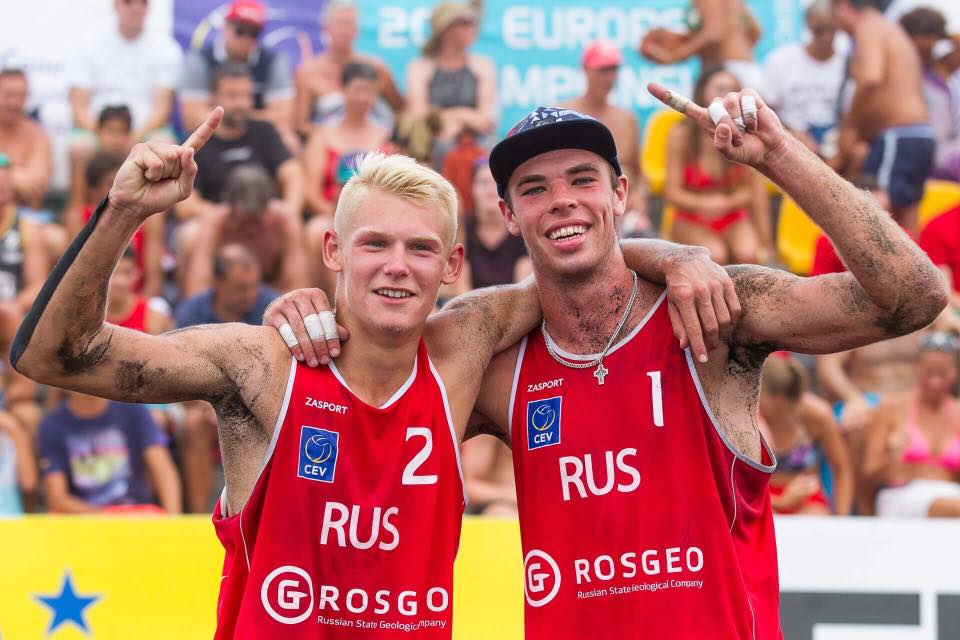 In an exciting run for the Russians, Vasilii Ivanov and Sergey Gorbenko took the U20 European Beach Championship back to Russia for the first time since 1997. Current Photo via CEV

In an exciting run for the Russians, Vasilii Ivanov and Sergey Gorbenko took the U20 European Beach Championship back to Russia for the first time since 1997. The last to win the event for Russia 20 years ago were Denis Radzimovsky and Pavel Zabuslayev.

The Russian duo overcame the U17 Beach World Champions and last year’s bronze medalists, Yves Haussener and Florian Breer of Switzerland 2-0 (21-19, 21-18) in the gold medal match. The two Russian players are not satisfied with stopping after this win, looking to become professional volleyball players in the years to come.

“We want to be as successful as Nikita Liamin and Viacheslav Krasilnikov and win more titles for Russia,” said Gorbenko.

The bronze medal match was taken by France’s rising stars Timothee Platre and Theo Faure as they downed Dutch pair Mees Blom and Yorick de Groot 2-0, (21-19, 21-18). This was the first of this event for the French team, making their debut run a spectacular start.

For the first time in history, Russia has claimed all four men’s and women’s Under Age gold medals in the same year after Maria Voronina and Mariia Bocharova downed Italy’s Chiara They and Reka Orsi Toth on the women’s side. Bocharova/Voronina also took the U18 title just two weeks ago.