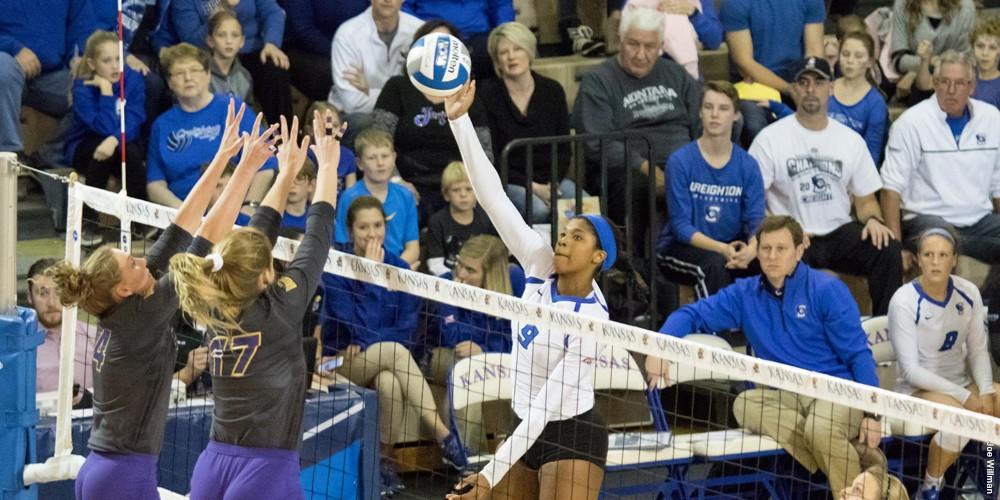 The No. 21 Creighton volleyball team picked up their 21st straight win with a tough five set battle against UNI in the First Round of the 2016 NCAA Volleyball Tournament.

With the win Creighton will advance to play No. 5 Kansas on their home court in the second round of the tournament. The Jayhawks swept opponent Samford in their first round match up.

Creighton, the recent Big East champs, looked to have the match in the bag, going up 2-0 on the Panthers, but UNI fought back to take the first set by a score of 26-24 and a runaway fourth at 25-14.

The fifth set was a back and forth showdown between the teams, with the score tied at 12-12. A Panther service error and a Creighton ace helped but the Bluejays at match point. To end the match 15-12 was a double-block straight down to win the match.

Leading the Bluejays was Jaali Winters who hammered down a career-best 24 kills in the match also picking up 12 digs for a double-double and adding four blocks to her tally. Maryssa Wilkinson was close behind with 18 kills. Lydia Dimke dished out 60 assists, while Brittany Witt picked up 32 digs in the back court.

For the Panthers, Piper Thomas put down 14 kills and eight blocks, while Bri Weber recorded a double-double with 12 kills and 10 digs. Kendyl Sorge picked up 26 digs for UNI.