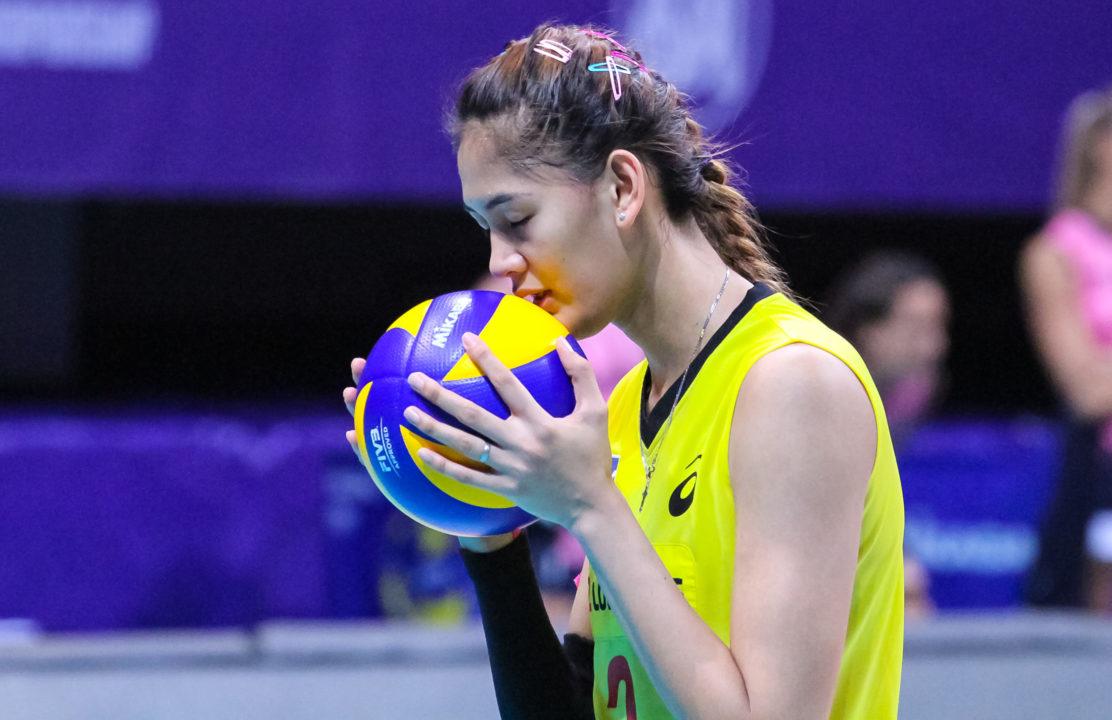 Santiago will play her first professional season outside of the Philippines next year when she joins the Ageo Medics in Japan's V-League. Archive Photo via FIVB

Filipino setter Kim Fajardo will miss the Asian Volleyball Cup after sustaining a right knee injury, that will have her sideline for at least 4 weeks. She is one of 6 players from the Asian Games roster that will miss the upcoming tournament that is part of a very-crowded schedule for Asian countries this summer. The World Championships, which begin on September 29th, includes China, South Korea, Thailand, and Kazakhstan who are also among the 10 teams participating in the Asian Volleyball Cup.

The Philippines is the 8th seed in the tournament, playing Pool C, which includes Kazakhstan, Iran, and Australia.

The Philippines finished 8th out of 11 teams at the Asian Games, winning just 1 of the 7 matches that they played in the tournament. Fajardo started and played most of all 4 matches at setter.

The even bigger loss for the team is 6’5″ outside hitter Jaja Santiago, who was the country’s leading scorer in the tournament with 78 points in 24 sets played. The 22-year old, who will play  in Japan’s V-League next season as her first international foray, especially showed her potential in the team’s match against China. While the Chinese dominated the Philippines overall, Santiago was a bright spot with 12 kills, 3 blocks, and 1 ace. That means she scored 16 of the Philippines’ 31 total points (and just 24 earned points) in the match, with nobody else scoring more than 3. Santiago will join the Ageo Medics next season – a team that finished 7th last year.