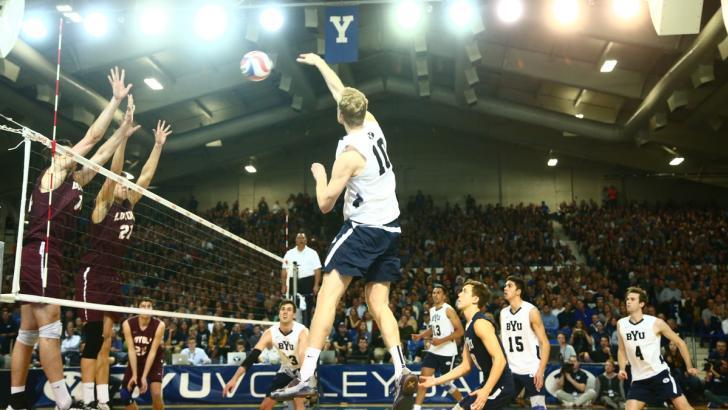 The AVCA announced their pick for this weeks Player of the Week as BYU’s Jake Langlois, after helping the Cougars... Current Photo via BYU Photo

The AVCA announced their pick for this weeks Player of the Week as BYU’s Jake Langlois, after helping the Cougars to two three set sweeps over #4 Hawaii.

The Cougars were able to easily fly by the Warriors, in the first match between the two, Langlois smashed 13 kills on a .450 hitting percentage, adding an additional five digs and three blocks to his tally. In the following match, Langlois posted another 12 kills on a .346 hitting clip, while block six balls on the defensive side.

Langlois is the second BYU player to earn AVCA Player of the Week honors this season and 28th overall, with Ben Patch taking the award earlier this season on February 7.