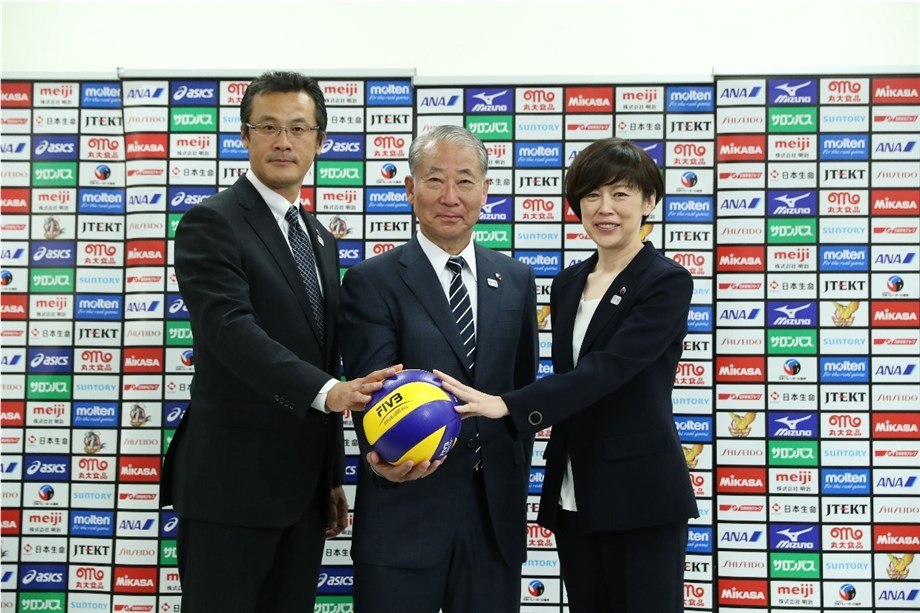 To prepare for the 2020 Tokyo Olympic Games, the Japan Volleyball Association announced the hiring of Yuichi Nakagaichi and Kumi... Current Photo via FIVB

To prepare for the 2020 Tokyo Olympic Games, the Japan Volleyball Association announced the hiring of Yuichi Nakagaichi and Kumi Nakada as their national teams coaches.

“I will try to unite coaches of younger national teams and share opinions. Our aim is to win a medal at the Tokyo Olympic Games,” said Nakagaichi at a press conference with the Japan Volleyball Association.

Nakada joins the coaching staff as one of the best head coaches in the Japanese National League. She helped Hisamitsu Springs Kobe to three national league titles and four Empress Cup titles. As a player, she was selected to play with the national team when she was 15 years old, and remained the teams main setter for 10 years. Nakada will become the second female head coach of the Japanese women’s national team.

“We do not have much time before 2020, but I promise to do my best for the medal at the Tokyo Olympic Games,” Nakada said at the press conference.

The Japan Volleyball Association President Kenji Kimura said, “Our goal at Tokyo 2020 is to win four medals at the volleyball and beach volleyball tournaments. I hope both Mr. Nakagaichi and Ms. Nakada will improve our national teams and also grow each player’s personality.”