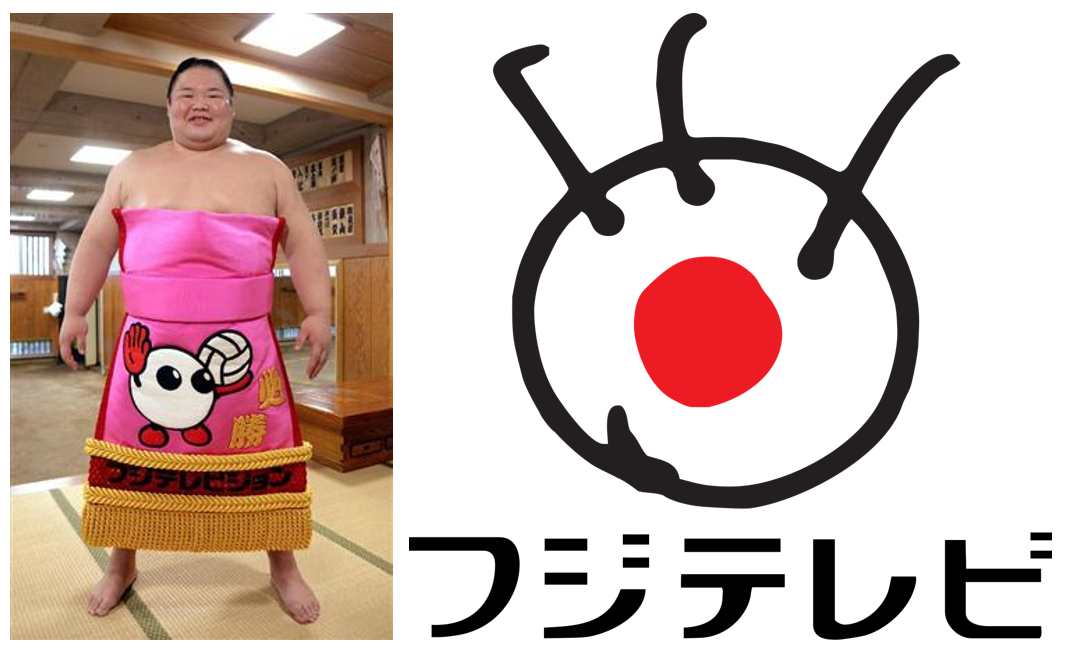 Fuji TV in Japan is one of the leading broadcasters of volleyball in world. Fuji TV broadcasts to FIVB Grand... Current Photo via Sanspo.com

Fuji TV’s mascot for all of its volleyball broadcasts is Vabo-chan. 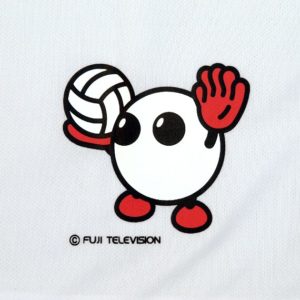 The most common Vabo-chan is white with red hands and red shoes. However, Vabo-chan is also seen in red, light blue, yellow and pink. Thomas Edgar got a pink Vabo-chan toy for being MVP of the match when he scored 50 points in 2015’s World Cup. 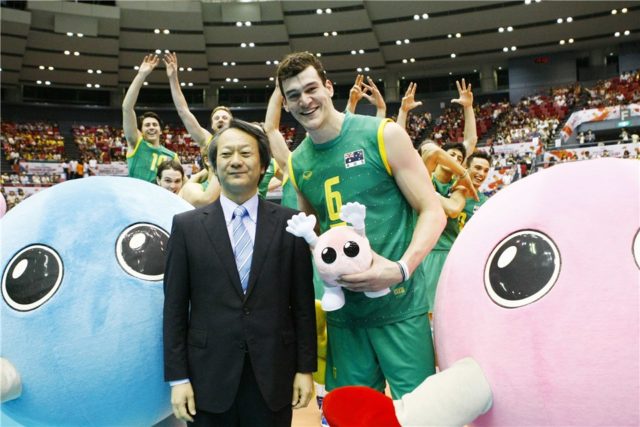 Vabo-chan is very versatile and can be shown supporting various countries for the World Cup. 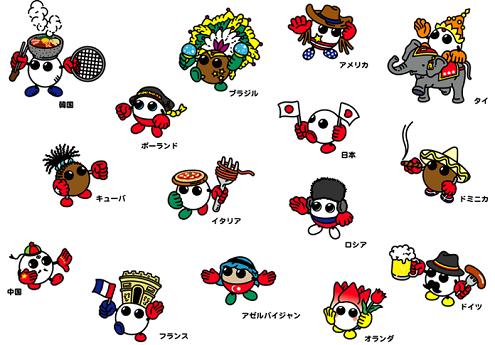 Vabo-chan was also even converted to a takoyaki (Octopus balls), which are famous in Osaka, during the 2015 World Cup. 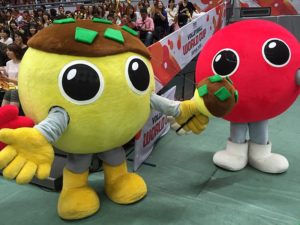 Speaking of the 2015 World Cup, in July 2015, Fuji TV decided to support a sumo wrestler with a Vabo-chan themed kesho-mawashi, ceremonial belt. In sumo wrestling, wrestlers wear a ceremonial belt at the beginning of the two main divisions (Juryo and Makunouchi) bouts everyday.  Here is a picture of that type of ceremony.

Often the kesho-mawashi are tied into their support groups, which have designs depicting power, animals, Japanese art or their university symbol.  However, some wrestlers sometimes have an advertisement like Takatoriki from the 1990s. 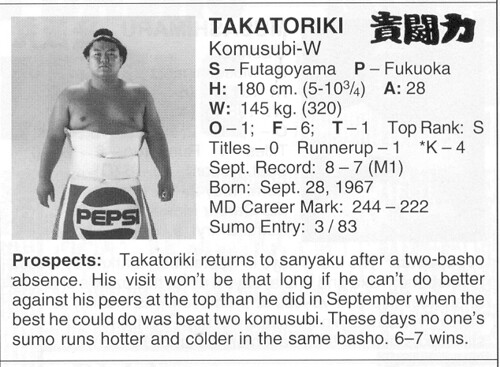 Fuji TV chose the sumo wrestler, Fujiazuma for two reasons. One was the name tie-in of Fuji TV to his name. The other is the more interesting reason though. Fujiazuma had four brothers who played volleyball. Fujizauma’s kesho-mawashi was pink with a white Vabo-chan getting ready to serve. Here’s how he looked entering the ring for the ceremony in July 2015. 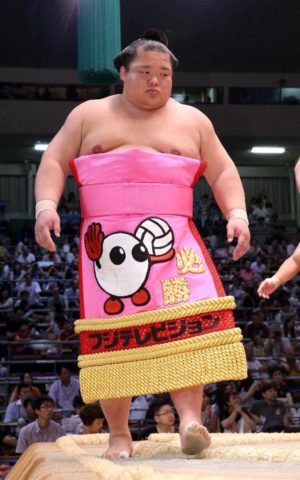 The kanji pictograph to the right of Vabo-chan is victory (hissho) and the text in black is for Fuji TV.

Fujiazuma was 10-5 in Juryo (2nd) division the Nagoya basho held in July 2015. Maybe Vabo-chan helped him spike his opponents out of the ring. Today Fujiazuma is still wrestling albeit in the Makushita (3rd) division.