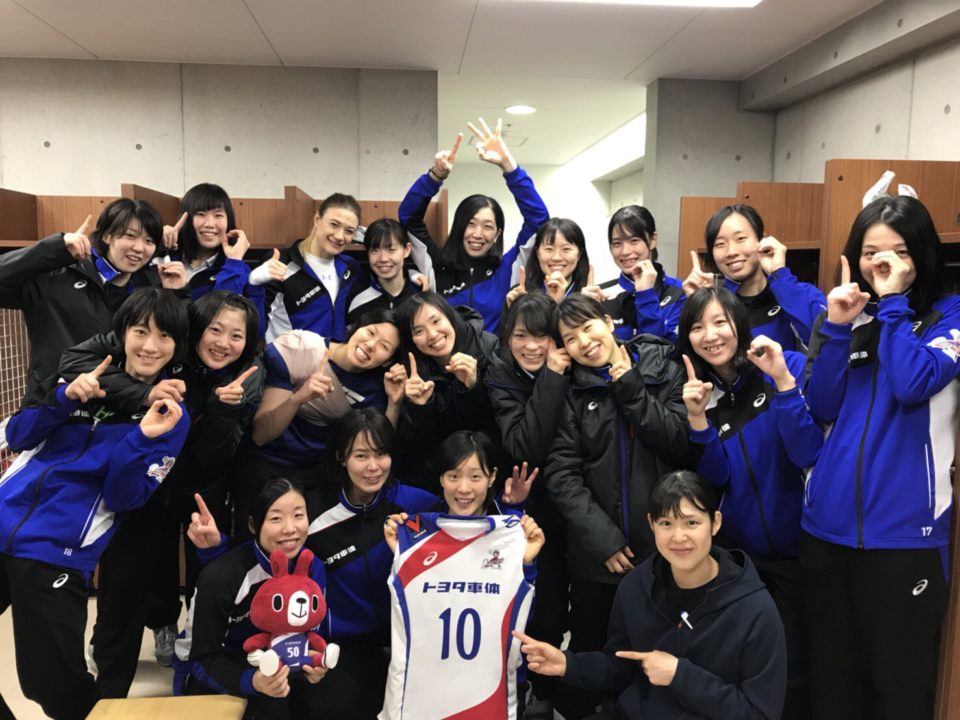 With only two games on Sunday, the Ageo Medics and NEC Red Rockets match was the one to watch as... Current Photo via Toyota Auto Body Queenseis

With only two games on Sunday, the Ageo Medics and NEC Red Rockets match was the one to watch as it was a battle of the sixth and seventh place teams. If Ageo lost, they would be eliminated from the playoffs, while an Ageo win would keep them alive. NEC got out early and dominated the first set 25-12. It continued the onslaught in the second 25-20. However, Ageo did not cave in and more surprisingly, they did it without their opposite Kenia Carcaces, who was just off all night long. Ageo won the third set to stay alive, but the fourth set was a marathon at 31-29, which also went to Ageo. The Medics went on to take the fifth set as well comfortably 15-11 to win the match 3-2. NEC should have won this match easily after the first two sets, but Ageo played as a team the rest of the match to win. Ageo had six players reach 10 points or more in the match to show. Miyuki Horie led Ageo with 16. Teammate Yuko Maruyama was a wall with 5 blocks in her 11 points (6k).  Even their setter Koyomi Tominaga had 8 (6k, 2b). NEC’s Sarina Koga led all scorers with 25 points (21k, 2b, 2a). Ageo still in seventh place after the win, but they are within two points of Toray and NEC. However, Toray and NEC have two more matches to play, while Ageo only has one and faces Hisamitsu in their final match.

In the other match of the day Toyota Auto Body Queenseis dominated Hitachi Rivale in three sets. Neriman Ozsoy with 19 points led all scorers. Ozsoy and Erika Araki dominated the block game too with three blocks each in the win. Araki had 12 points (7k, 2a) for the Queenseis. Hisae Watanabe for Hitachi had 17 (16k, 1a) in loss. Toyota with the win is now tied with Denso Airybees on points and wins, but the sets ratio tiebreaker is .001 difference, which puts Denso in third place. Toyota could overtake Denso, with a Denso win in 5 sets or a Denso loss.