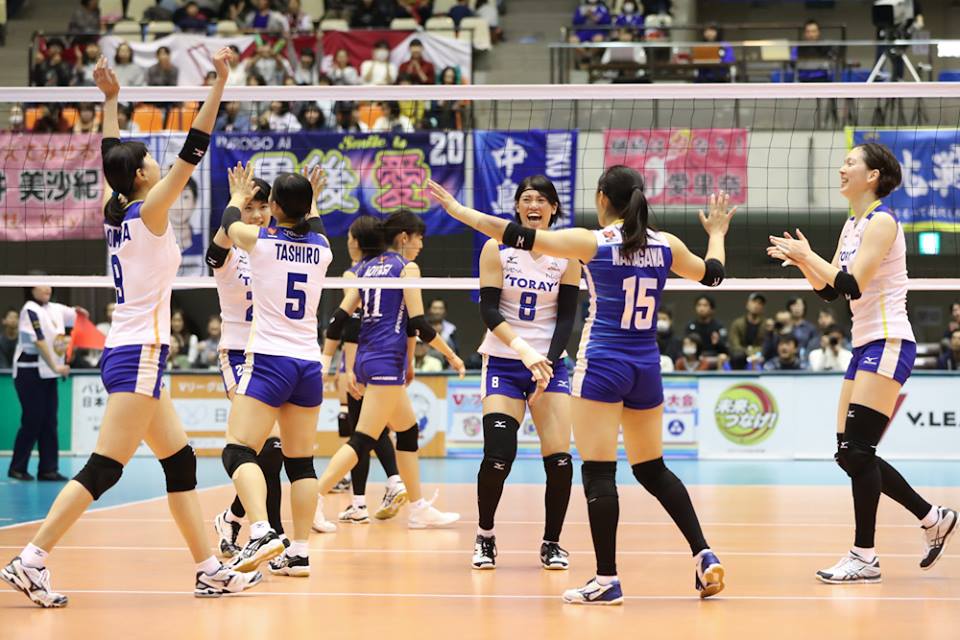 Going into Matchday 5 of the Japanese Women’s Premier League, the biggest question was “Will when will Hisamitsu lose?” Already... Current Photo via V.League

Going into Matchday 5 of the Japanese Women’s Premier League, the biggest question was “Will when will Hisamitsu lose?” Already with 4 wins in 4 matches, the Springs looked to be the class of the league early in the season. On Matchday 5, they faced Hitachi Rivale, who were looking to get revenue from last year’s Final 3, when Hisamitsu won to advance to the Finals. The Springs came out early and did not let up winning easily 3-0 over Hitachi, leaving them still perfect after 5 games. The Springs only had 1 ball hit out of bounds in the spiking, while 3 were blocked, incredibly effective. I have a feeling that Hisamitsu may sweep the regular season because they are playing this well and their opposite Miyu Nagaoka is not even playing due to rehabbing her knee. She is expected to return either at the end of December or early January. Rika Nomoto for Hisamitsu had 16 points (14k, 1b, 1a) leading all scorers. American Foluke Akinradewo had 11 (7k, 1b, 3a) for Hisamitsu, while Miwako Osanai had 13 (12k, 1b) for Hitachi in a losing cause.

The Toyota Auto Body Queenseis faced the NEC Red Rockets. The Rockets are still looking to get back to last season’s championship form, while the Queenseis were looking to keep pace with the Springs. This was a close match throughout, but Toyota won with fewer hitting errors 7 to 12 and a couple more kills to win the match. Turkey’s Neriman Ozsoy for Toyota had 21 points (18k, 2b, 1a) leading all scorers. Erika Araki had 10 points also for the Queenseis. Scoring for NEC was evenly distributed between Misaki Yamauchi 12 (11k, 1b), Sarina Koga 11 (9k, 2b), Kana Ohno 9 (6k, 3b) and Haruyo Shimamura 9 (8k, 1b).

Toray Arrows were the last team without a win and the newly promoted Ageo Medics were their opponents on Sunday. Ageo had started the season well, and were expected to beat a young Toray team. Ageo took the first set comfortable, 25-19. However, Toray took a tight second set to even the match. From there they put the foot on the throttle and dominated the final two sets to get their first win 3-1. The Arrows dominated in serving with 13 aces to 4, and with their spikes outscoring Ageo by 14 points. American Kadie Rolfzen had 19 points (17k, 1b, 1a) to lead the Arrows, while Cuban Kenia Carcaces had 21 (19k, 2b) for Ageo. Mari Horikawa and Ai Kurogo were excellent at the service line with 5 and 3 aces respectively for Toray.

Denso Airybees and JT Marvelous played a ridiculous five-set match. Denso dominated the first two sets, only allowing JT 27 points. JT responded in the third to win comfortably 25-20, and then took a tight fourth set 25-23, to extend the match to a deciding fifth-set. JT got a lead and held it to win the match 3-2, and Denso outscored them by 12 points. German Christiane Furst led all scored with 23 points (18k, 4b, 1a) and her teammate Mizuho Ishida had 4 aces as part of her 20 points (15k, 1b). Serbia’s Brankica Mihajlovic (16k, 1a) and Yuka Kanasugi (14k, 2b, 1a) had 17 points each for JT.  Yuki Kitsui had 4 blocks for the Marvelous.