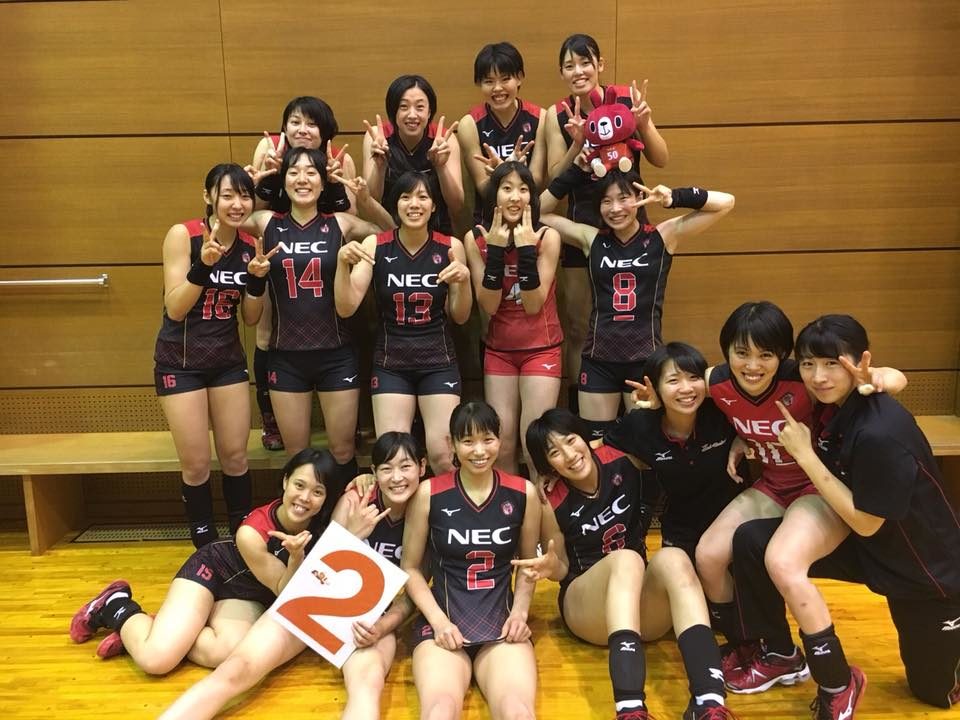 For Matchday 4 of the Japanese Premier League, two matches were played in Nishio, Aichi prefecture, home of the Denso... Current Photo via Red Rockets Info

In the first match in Otsu, Hitachi Rivale met the Ageo Medics. Ageo who was promoted to the Premier League has started out quick with two wins in three games. While last year’s 3rd place team Hitachi has struggled with only one win in their three games. Ageo won the match in straight sets 3-0 for their third win of the season. Ageo’s Cuban Kenia Carcaces led all scorers with 18 points (17k, 1b). Megumi Kurihara led Hitachi with 14 points (12k, 1b, 1a) and American Cursty Jackson had 11 points for Hitachi. Ageo won the battle at the net with a 7-1 blocking edge, and 6 more kills that Hitachi.

In the last match in Otsu, the Arrows were looking for their first win of the season against Hisamitsu Springs, who are undefeated. Hisamitsu got out of the box quick in the first set winning 25-16 and basically told Toray catch us if you can. As the Arrows are a much younger team this year, the could not and the Springs swept the match 3-0. Japanese national team player Yuki Ishii had 16 points (14, 1b, 1a) for the Springs leading all scorers. Rika Nomoto with 14 (2b) and American Foluke Akinradewo with 7 (4k, 2b, 1a) paced Hisamitsu. Rookie Ai Kurogo had 14 (2b, 2a) and American Kadie Rolfzen with 9 points (7k, 1b, 1a) led Toray.

Moving to Nishio, NEC Red Rockets played JT Marvelous in the first match. NEC as the defending champions are trying to gain momentum to keep pace with Hisamitsu and Toyota Auto Body. While the Marvelous were looking to maintain their pace. The Red Rockets lost a tight first set 25-23. However, they corrected their mistakes to win the last three sets to win the match 3-1. NEC had a balanced attack from Sarina Koga with 19 (15k, 3b, 1a), Mizuki Yanagita with  18 (17k, 1a) and Misaki Yamauchi with 19 (17k, 1b, 1a). JT was dependent on Serbian Brankica Mihajlovic with 20 points (19k, 1b) to keep them in the match. Mai Okumura contributed 10 points (7k, 3b). JT could not put the ball to the floor as NEC outscored them 57-41 on kills, and then a 7-0 service ace advantage did not hurt either.

In the final match in Nishio, Denso faced their Tokai (central Japan) neighbors Toyota Auto Body Queenseis. The Queenseis were looking to bounce back from their loss to Ageo. Denso were also looking to come back after their loss to Hisamitsu. Denso took the first set 25-19, but the Queenseis used their block to come back. Neriman Ozsoy dominated for Toyota to win the 3-1. Ozsoy had 37 points (33k, 1b, 3a), while Nao Muranaga, Erika Araki and Aya Watanabe each had 3 blocks for the Queenseis. Yurie Nabeya with 17 (1b, 1a) and German Christiane Furst 13 (9k, 2b, 2a) paced Denso.