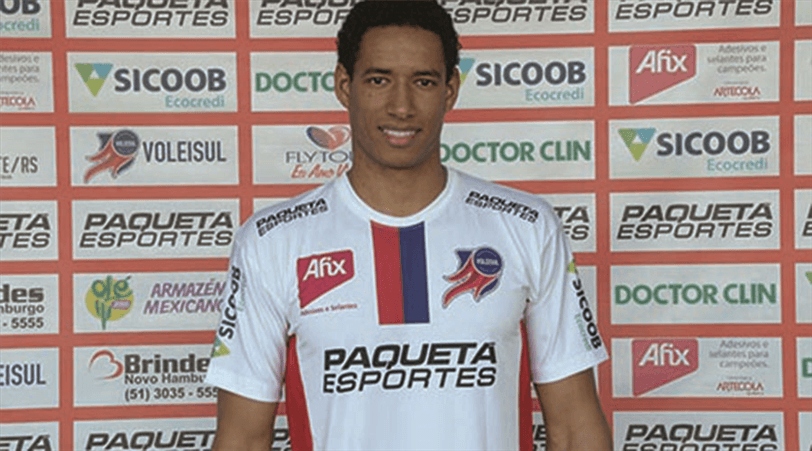 Jonatas Weslei Santos Cardoso will come over from Brazil to play for French Poitiers next season. Archive Photo via Amo Voleibol

Brazilian native Jonatas Weslei Santos Cardoso will be playing in a new country in 2017 after transferring from Montes Claros Vôlei to Stade Poitevin Poitiers in France. The shift will put Jonatas on his fifth club in his young career. The previous four were all in his homeland of Brazil, as now he travels overseas to continue his career.

At just 24 years old, Jonatas Weslei Santos Cardoso stands at 192 cm (6’3″). He’s listed as a receiver-striker and was the 32nd highest scorer in Brazil’s Superliga with 199 points.

“He’s a very powerful, physical player,” Poitiers player-coach Brice Donat said in a French article. “This will be his first club out of Brazil. He has often been voted MVP in Superliga games. On some encounters, he was running at 10-15 points.”

Jonatas was part of Sada Cruzeiro when they won the Brazilian Superliga back in 2013-2014. Poitiers will hope that Jonatas can be a part of a winning team again as they look to build off the 2016-2017 campaign in which they edged into the playoffs as the eight seed before falling in the quarterfinals. Poitiers last Ligue A championship came in 2010-2011.