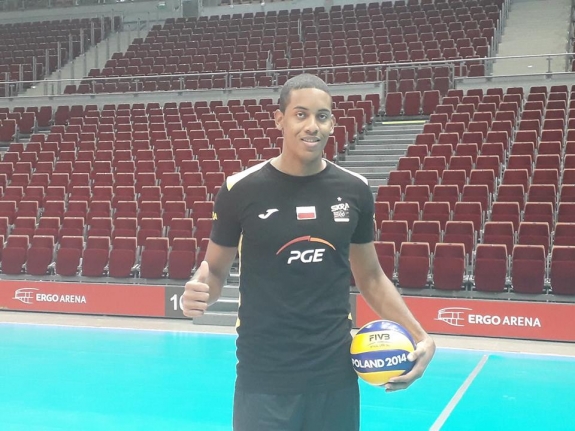 With the recent injury to Patryk Czarnowski, Poland's current champion Skra Belchatow has decided to play it safe and has announced in its official website the signing of David Rodriguez to its squad Current Photo via Skra.pl

With the recent injury to Patryk Czarnowski, Poland’s current champion Skra Belchatow has decided to play it safe and has announced in its official website the signing of David Rodriguez to its squad. The 25-year-old 6’8″ Cuban middle blocker is transferring from Quatar’s El Jaish (2016-2017). He last played for the Cuban national team in the 2014 WCH, which was held in Poland, in addition to winning a World League bronze in 2012 and being awarded as the best middle blocker at the 2013 Pan American Cup.

Here is how Skra’s president, Konrad Piechocki, reacted to the transfer:

“Due to the injury of Patryk Czarnowski, we had to quickly find an alternative in the form of a good middle player. In this period this is extremely difficult to do so, because the season has already started and recognized players are already playing for their clubs. When David’s contract offer appeared, we invited him for testing. I remembered this player from the World League matches, but we had to check his current form. Together with the training staff, we decided that David would be useful in the PGE Skra team, although we have not forgotten about our pupils in our youth teams, who are also louder and louder knocking on the doors of the first team’s locker room. I hope that David will help us achieve all our goals for this season.”

Fiel is a very athletic middle blocker, being able to hit and block at well over 12 feet. He lacks rhythm though, being away from competitive volleyball for almost a year. If Skra is able to drawn out the best of him, it will have itself a nice weapon going forward in the PlusLiga. The team started its season 2-2.