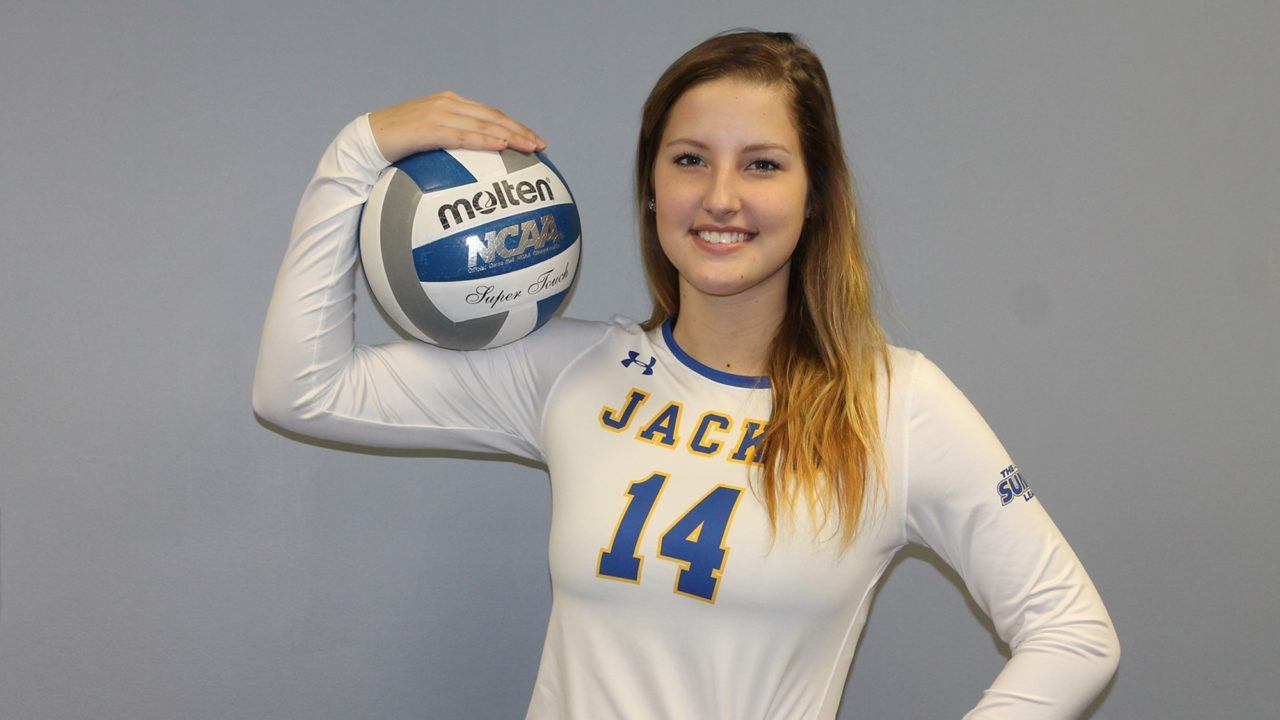 South Dakota State is adding junior college transfer Megan Jensen to its 2017 roster. Jensen last played for Iowa Lakes Community College for one season. She will be a sophomore in the upcoming fall and have three years left of collegiate eligibility.

A 5’9″ outside hitter, Jensen is originally from Estherville, Iowa where she attended Estherville High School. As a senior, she averaged 4.31 kills per set and recorded 39 aces en route to being a first-team all-conference selection. The successes she had in her prep career earned her a spot in the Iowa Lakes Community College women’s volleyball team, where she earned second-team All-Region XI-A and second-team all-conference honors. On a team that went 31-12 overall, she averaged 3.41 kills and 3.74 digs per set.

“Megan has experience in both the front and back row, which will help add to our depth in those positions,” South Dakota State head coach Nicole Cirillo said in the team’s release of the signing.

Jensen joins a roster that features five outside hitters (including herself). She will look to bring some of what she did in her previous stop, when she was 11th nationally with 515 kills. She also logged 40 blocks and 32 aces, which suggests she should also help the Jackrabbits from the service area.