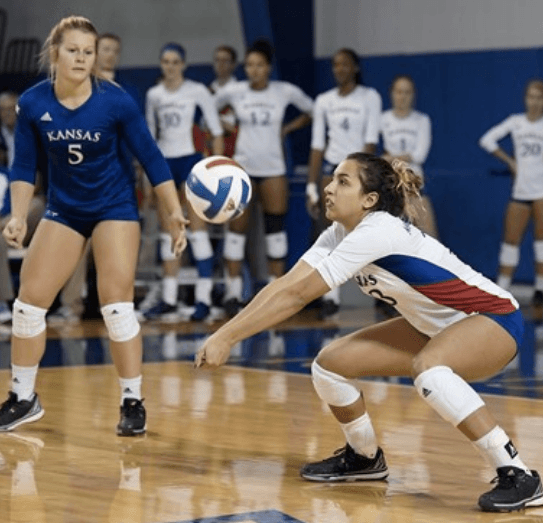 The career for Kansas outside hitter Patricia Montero hasn’t gone quite as planned; the talented junior pin for the Jayhawks is enduring her third season-ending injury for her career, as she took to her Twitter profile to note she will be undergoing surgery.

A native of Ponce, Puerto Rico, Montero played with the country’s National Team before heading over to Kansas in 2015. During international competition over the summer though, she tore her ACL and was forced to redshirt her inaugural year on campus. Her second injury came last season when she suffered a season-ending knee injury during preseason practice. This latest one marks her third in four years.

The injury occurred in the team’s third match of the season against Dayton. At the time, she still had recorded a double-double (12 kills, 11 digs) when she went down in the fourth set.

KU is still looking to figure everything out on the pin in Montero’s absence, as no player is averaging more than three kills per set. Leading the way on the left side are Ashley Smith (2.71 kps, .249) and Jada Burse (2.54 kps, .188), but the only other listed outside hitter on the roster is freshman Camryn Ennis (0.70 kps, .155) who has been in as a setter. That’s forced them to get creative for depth at the position, which they’ll be looking to fill as the season continues.

Kansas is off to a 6-4 start as they approach the start of Big 12 play. Before they fully dip into league action though, they’ll face Drake on Tuesday night with a home match against TCU to come on Saturday afternoon.

I’m writing this with a heavy but hopeful heart. As many people know I have been injured multiple times. Unfortunately, I went down and will have to go through surgery once again. Sometimes all you can do is the best you can. And I did, I gave it my all. This isn’t meant to be sad because volleyball has given me so much. I’ve been blessed and cannot thank the coaches and the entire KU Volleyball family enough for the opportunity, the friendships, and the experience I thought I’d never get. It has truly been a dream repping Kansas across my chest. Don’t count me out yet, but I am not sure what my next step will be. Whatever it is, I’ll be sure to represent Jayhawk Nation the best I can. ROCK CHALK!!