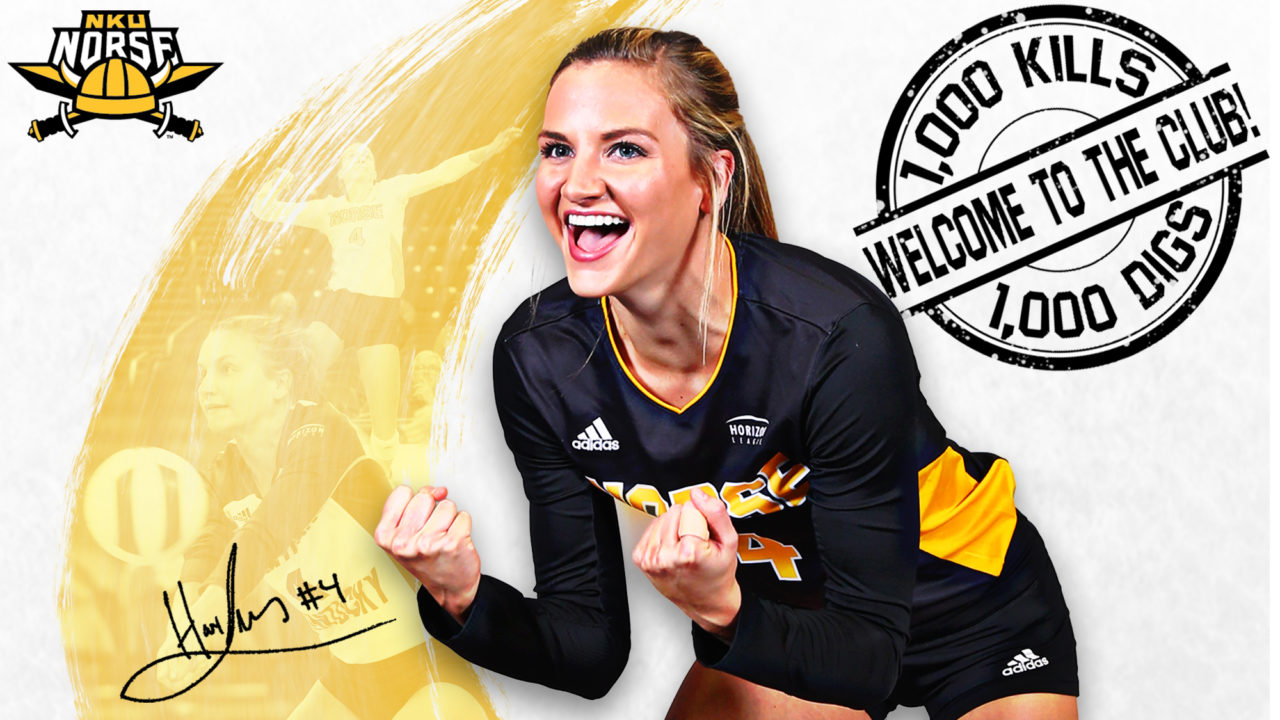 Northern Kentucky’s Haley Libs became the first Norse player since the program went Division I and the 10th overall to join the 1,000 kills/1,000 digs club, doing so in the team’s win over SIU-Edwardsville on Friday.

The last two players to reach the milestone for the Norse were head coach Liz (Holmes) Hart and Tristen Dye (2004-07).

Libs has notched seven double-doubles thus far in 2018, including a 30-kill, 34-dig effort at Northern Illinois on Sept. 1. That effort made her the first NKU player with 30 kills since 2008 (Kelsey Wesaw).

The Norse are 8-3 on the season and are riding a six-match win streak into Friday’s Horizon League opener against Green Bay.